Dalja’s Spring is a gem. It’s one of the best examples of how a romantic-comedy workplace drama should be made. It is full of feel good vibe with poignancy sprinkled throughout and I wonder why I watched it so late. It takes you to Dalja’s world and the whole series sails smoothly through it, with us being the part of this whole journey.

At the outset, the story looks like your normal noona romance, but it has so much more to it because at its core, the drama is about Dalja’s life that includes love, career, values, family and friendship. She is a 33 years old career woman, who is still single but dreams of a fairy tale romance. She meets two men in her life: one is a rich businessman and the other one is six years younger than her, who works as her fake boyfriend. At one point, she has to face this age-old dilemma of secure future versus heart. In this whole series, we also meet her friends and family and colleagues, who all equally contribute in making this a gripping tale.

The thing I liked the most in Dalja’s Spring was the development and growth in each and every character from start to finish and how much I got attached to their lives. It so often happens that we are interested in only the main leads and the rest is just a filler for us. But in this drama, all the plot lines are crafted efficiently and we are interested and invested in everyone. There is so much warmth and heart in this series. There are problems and issues but the feel good air fills the whole show from start to finish. 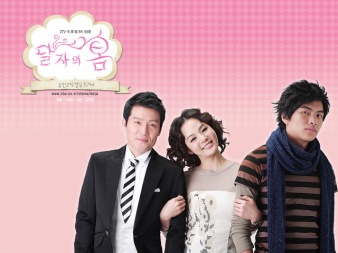 Each episode has a theme but that is apropos to the plot and there is no standalone episodic thing here. Just as the story flows, the topic of the day is inbuilt in that. There is great depiction of friendship and I loved that the drama successfully changed my perspective regarding some of the characters after their first impressions: like a playboy turned out to be a somewhat immature and an understanding person and friend, an independent woman, who felt like your usual drama antagonist, was actually so good at heart, a smart CEO is actually kind of weird, a strict and no-nonsense boss is surprisingly caring and our Dalja looked vulnerable but is very strong. I liked the way everyone’s story culminated.

As much as I liked the basic story, the corporate hijinks were also amusing and never bored me even for a second. I loved the dialogues and the gripping direction. The drama is well-paced and guarantees good laughs. On a shallow note, I liked that Dalja put on make up and nail paint for a change (as we are more used to heroines who try to look more innocent by sporting invisible make-up :D) The OST is one of the strong features of Dalja’s Spring which runs from being peppy to romantic and melancholic. The background score is used efficiently.

Only one thing I didn’t quite understand clearly was the reason for Dalja to let go her relationship near the last episode when everything was going right for her.

Chae Rim owns the part with brilliantly showcasing the vulnerabilities and strengths of a 30-something woman. She is equally funny, cute, graceful and adorable. Lee Min Ki is adorable as one of the most caring and understanding boyfriends of dramaland. He is really sweet. The leads have a comfortable chemistry. Dalja’s Spring is supported by an awesome team of actors who have great camaraderie with each other. Gong Hyung Jin really grew on me with his natural acting, with Lee Hye Young giving a terrific and mature performance as well. Lee Hyun Woo was also good as the second lead, who thankfully didn’t turn into negative one. All actors who played the parents also did a great job and I loved the way their story was mixed with fun. A word for Jang Young Nam as well, who plays the eccentric wife to Lee Hyun Woo perfectly. The office staff is great as well.

At the end, Dalja’s Spring was different in a way that it emphasised not only the romance but travelled through different aspects of Dalja’s life. I loved how she and others learnt through each other. It is a heartwarming and delightful drama. And yes, I loved those illustrations at the beginning and end of each episode!! 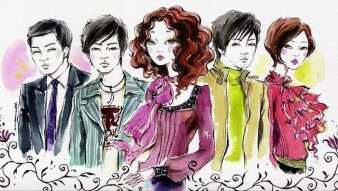