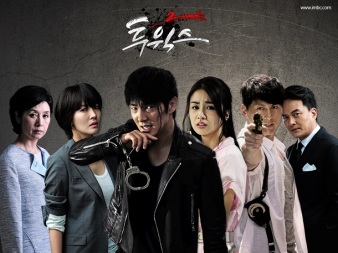 Two Weeks is a delicious action thriller laced with excellent emotional beats that give it a heartwarming feel from beginning to end. The premise is not wildly innovative with the man-on-the-run scenario but the show manages to imbibe freshness and the fast pace helps a lot in making it a gripping ride.

The story is about a small time gangster Tae-san who lives a meaningless and careless life till he discovers one day that he has a daughter from his love who needs his bone marrow as she is suffering from leukemia. But the situation becomes complicated when he is caught in a murder case and he flees to save his daughter who has surgery after exact two weeks. The whole drama consists of time frame of a two-week period.

The drama successfully and effectively shows the image changeover of our hero from the first episode to the last as more layers of his life are peeled one by one. We find out that he is actually a very naive and innocent person who just made wrong decisions. He initially lacked courage but under extreme opposing conditions, he gains confidence and hope as well as desire to live. I really liked how his character arc was dealt with and he is so simple at heart that you can’t help but commiserate with him. There is a heartfelt back story for him involving his tragic childhood and the period of felicity when he fell in love for the first time, which is shown through random flashbacks. 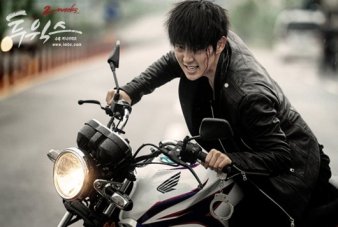 The show puts all its cards on table right from the start and takes a howdunnit approach in its narrative rather than whodunnit. Being a mystery fan, I absolutely love the latter but the former makes Two Weeks simple to comprehend and straightforward in intentions and it automatically transports the viewers side to side with the hero in his journey. The writing is a plus which is crystal clear without any confusions or meanderings, greatly helped by slick direction. There is a requirement of suspension of disbelief at many places but the fast pace never allows us to ponder over the plot holes. It does seem easy and convenient here and there but the drama is all about the quest to survive till the surgery and that way, we can ignore this small hiccup. Even when we know that Tae-san will survive the plights, the overall effect remains intense and tensed with pressure cooker urgency. We sit on pins and needles, worrying about how our hero will come out of the situations. I loved the indigenous methods Tae-san uses and the references he takes from different movies he used to watch!! I liked that he finally starts calling the shots as he learns from experiences. And I must add that after suffering so much, just a smile on his face makes my day.

But the piece de resistance remains the touching relationship between the father-daughter duo of Tae-san and Soo-jin which brings the most heart-felt moments of Two Weeks. Their interactions, including the imaginary ones, are my favorite thing about the show and the script touches upon those little moments, like him protecting her doll throughout or her sporting the hair pin he gave her as a gift even when her hair is small, which make the drama a very emotionally moving journey. Their reunion left me misty eyed. 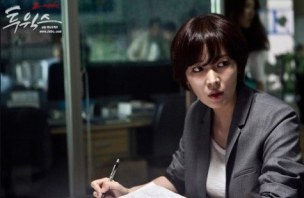 Two Weeks has some very nice and well written characters: the cops, prosecutors, the nefarious bad guys, president Han who helps our hero, and of course, our hero’s love In-hye. It is simply a delight to watch all the good guys teaming up to bring down the criminals and planning various strategies. Also, there are several small things that have a great impact: The relief which we feel when Tae-san gets a good sleep and meals, the calendar which Soo-jin maintains to cut off the days left for her surgery, the painting and story connection with Soo-jin and her parents, the Tae-san-President Han interactions with the latter being like a father to him, the way Tae-san helps the people while running from police as well as baddies, etc. The background score is great which amplifies the thrilling momentum as well as pathos of the show.

I would be lying if I say I didn’t want a bow tied happy ending. But thinking realistically, the open ending was the right thing given that two weeks are not enough to come clear with the feelings. It takes time to adjust and the show does give us hope that finally the whole family will be together. It is a relief that there were no loose ends and the bad guys got their respective comeuppance. 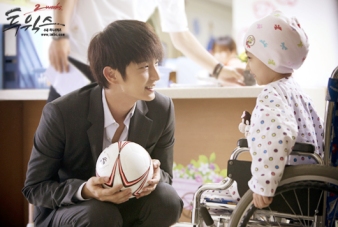 Two Weeks draws brilliant performance from its committed cast. Lee Jun Ki is the main attraction with terrific acting, and effortlessly mixing action, emotions and grace with extraordinary ease. Kim Si Yeon shines in her role as a badass prosecutor who has fearlessness as well as brains. She and Tae-san’s teaming is fun to watch as they make plans and strategies. Park Ha Sun delivers an understated but powerful performance in a role of a helpless mother due to her daughter’s health and the dangers involved to hamper it, as well as the bubbly and ebullient girlfriend. Ryu Soo Young plays his role of a man torn between his duty and personal feelings with winning confidence. Lee Chae Mi as Soo-jin is absolutely adorable and pitch perfect. Rest of the cast gives a solid support in making this drama what it is.

Finally, Two Weeks is one of the best shows of 2013 which alternates between thrills and emotions with ease and deftness.