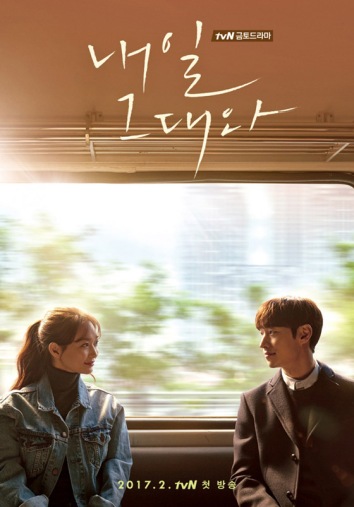 I wanted to write about newest tvN romance drama Tomorrow with You from so long, after reading about it for the first time a few months back. Alas, I’m just getting the chance — it’s premiering this week as a Friday-Saturday show following Goblin. I’m so excited about it as it stars a couple that I really love. Shin Min Ah won my heart ever since I first saw her in My Girlfriend Is A Gumiho and I have a liking for Lee Je Hoon too, after seeing him in Fashion King (before you say anything, I just watched 3-4 episodes. Heh) and Signal of course. I’m so happy to see him in a romcom now and the pairing is also fresh and one that I never anticipated.

Tomorrow with You is about a man who can travel through time, via a subway (hence, the poster!). He is a CEO of a real estate company. When he foresees his future being miserable, he marries Shin Min Ah’s character, a photographer, to avoid that bad fate. So it’s kind of my favorite trope, marriage first and love later. I’m liking everything about this setup. The posters look pretty and lively, with a soft romantic touch and summery vibes (even if the leads are wearing woollen clothes!). Shin Min Ah‘s last TV appearance was in Oh My Venus in 2015, which I found fluffy but cute. Lee Je Hoon is going from one time twister thriller to another time twister but romance this time.

The drama is 100 percent pre-produced. Directing is by the PD of High School King Of Savvy and writing by the screenwriter of Full Sun. It arrives on February 3. 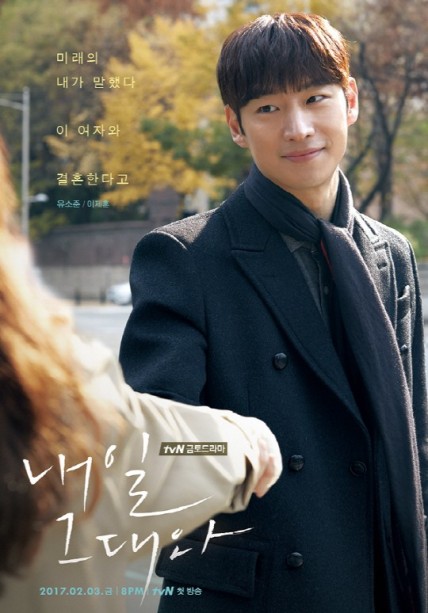