We don’t really see experiments happening in dramaland, which mostly works by the book. Hence, it’s as refreshing as the first gush of spring to see the currently airing mini-drama series Three Colors of Fantasies. It is a 9 episode drama which is divided into three independent parts, connected by the common theme of youthful love and fantasy. The show is being broadcast on MBC. The three short dramas also signify a color.

The first one is Star Of The Universe. It depicts white. It has already premiered and airs its last episode today. It is the story of innocent first love between a grim reaper and a singer-songwriter. The leads are Kpop group EXO‘s Suho and Ji Woo, who played younger counterpart to Go Ara‘s character in You’re All Surrounded. It also stars the cute sunbae from Age Of Youth, actor Shin Hyun Soo, as a paramedic. It’s written and directed by the PD and screenwriter of Splash Splash Love.

Next up is Romance Full Of Life, symbolising green. It stars Yoon Shi Yoon (Mirror Of The Witch) as a man who has been giving entrance exam to become a police officer from many years but has suffered failure every time. But he still has a poistive personality, maybe something like his role in Flower Boy Next Door. His leading lady is Jo Soo Hyang (Who Are You – School 2015), who plays a girl who dreams of becoming a world-famous pianist but then goes for a more practical thing (like many of us *sigh*) and starts preparation to become a music teacher. This part of the series has been written by two film writers.

The last mini-drama is Queen of the Ring, corresponding to color gold. The drama stars Kim Seul Gi (Oh My Ghostess) and Ahn Hyo Seop (Entertainer) as the main couple. The show centers around a magical ring that holds secrets of a family. This one is written by the screenwriter of Divorce Lawyers In Love and directed by the PD of One More Happy Ending.

These three shows will air on Thursdays and are completely pre-produced. If you are in search of something short and sweet without requirement of a long commitment, I think this format is perfect for you! 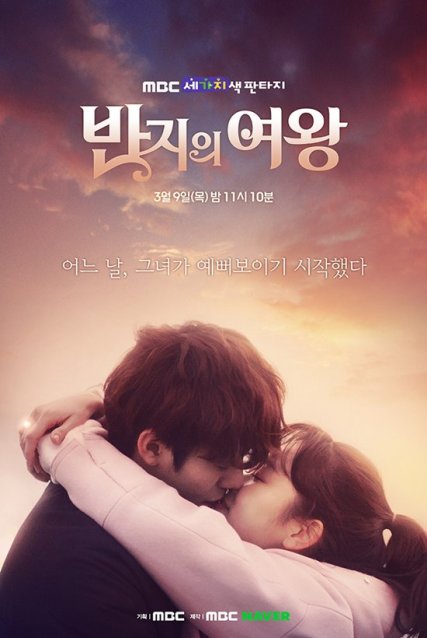