He Is Psychometric is premiering today on tvN with the genres of mystery and fantasy mixed together. It stars Park Jin Young (of Kpop group GOT7 and of dramas Legend Of The Blue Sea, Dream High 2) as a man who has the supernatural ability to see people’s memories once he touches them. New actress Shin Ye Eun, who has previously starred in music video Shoot Me by Day6 and web drama A-TEEN, plays a police officer who has a traumatic past. Kim Kwon (Voice, Heard It Through the Grapevine) and Dasom (of pop group SISTAR and of dramas like Unni Is Alive) play part of a special investigative team. Honestly, I haven’t seen any of the cast members in anything, but I guess sometimes that adds to the freshness factor and the show benefits from no expectations.

The plot states that above four characters’ parents were involved in an 11 year old fire incident, so maybe that will form the central mystery/conflict of the show. It is directed by the PD of Bride of the Water God and the writer co-wrote Vampire Prosecutor. There is also a cameo by the very handsome and charismatic Lee Jong Hyuk (Dating Agency Cyrano) as the hero’s father.

He Is Psychometric will be replacing ratings hit period drama The Crowned Clown in the Monday-Tuesday slot. 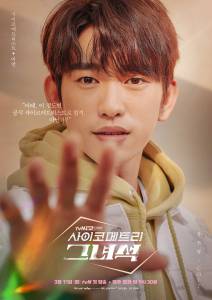 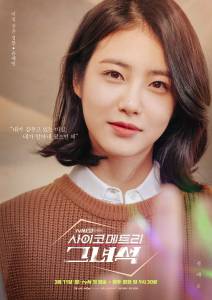 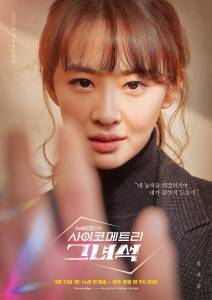