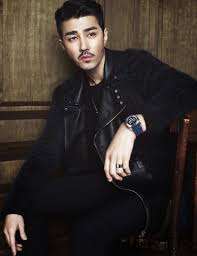 That’s some great news to read today! Two actors that I really like are teaming up for a thriller drama! Yay! The title is That Night and it is a Korean adaptation of BBC show Criminal Justice that aired from 2008 to 2009 for two seasons. The original series follows an individual’s path through the justice system. The show has already been remade in the US as The Night Of and in India as Criminal Justice.

Kim Soo Hyun (It’s Okay to Not Be Okay) stars as a college student with a normal life who gets entangled in a murder case when he is accused of being the murderer. Cha Seung Won stars as a lawyer who barely passed the bar exam and has a bad reputation of being third rate in his work. He is the only one who reaches out to help Kim Soo Hyun’s character.

The plot sounds interesting if not exactly original. A mystery-thriller about a wrongly accused hero. But I like such stories and the lawyer’s character description surely helps in making things further exciting. Kim Soo Hyun recently declined the offer to star in another drama, titled Finger and also a thriller. I’m excited to see him in a different genre this time. Cha Seung Won is returning to small screen after 2017-2018’s Hwayugi (aka A Korean Odyssey).

That Night is planning to start broadcast in the second half of 2021. It is being penned by the scriptwriter of sageuks like Warrior Baek Dong Soo and The Royal Gambler, and will be directed by the PD of Punch and The Fiery Priest.