Sports dramas can be so heartwarming and the latest entry in the genre is new tvN drama Mental Coach Jegal. It’s stars Jung Woo (Mad for Each Other, Reply 1994) as a Taekwondo athlete who is permanently banned from the national team, and he is now working as a mental coach for former and current athletes who are going through a slump or need psychological healing. I think it’s a great subject which is also fresh.

Jung Woo was recently seen in Netflix thriller A Model Family. Lee Yoo Mi (Squid Game) plays a short-track speed skater and a gold medalist who is undergoing a slump. Park Se Young (Money Flower) plays a doctor who is part of the mental health support team in the athlete’s village. Kwon Yool (Dali And Cocky Prince) completes the main cast as the director of the Human Rights Center in the Korean Olympic Committee. He is a former Taekwondo athlete too and is related to the scandal that caused the hero’s ban from the sports.

Mental Coach Jegal is written by the screenwriter of Angry Mom and Special Labor Inspector Mr. Jo — both dramas have received praise. Definitely another plus! The show premiered yesterday on tvN in the slot of Mondays & Tuesdays. 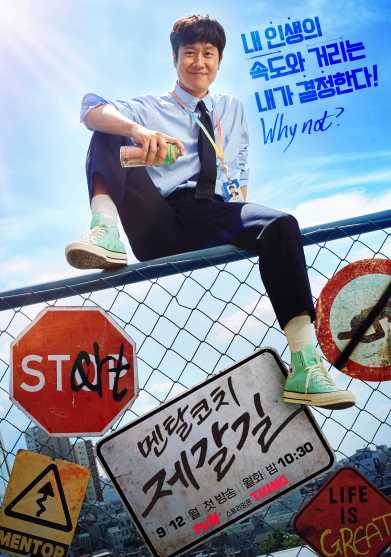