Delightful Girl Choon Hyang was my first drama and I totally love it. It remains my most favorite drama. It received high ratings during its run and is the first drama written by the Hong Sisters (You’re Beautiful, My Girl, Best Love). It is funny, feel good, romantic, adorable; but most importantly, it has a lot of heart.

The show takes a modern approach to the famous Korean folk tale about two lovers: Choon Hyang and Mong Ryong. Both of them faced lots of troubles in their love life, but finally got their happily ever after. Our leads take the same name as the original story, but star as two high school students who are forced to get married after they spent a night in the same room accidentally. The drama then progresses with them as how they deal with this new relation, and find love in it. Uhm Tae Woong stars as a rich agency head, who creates troubles for them. 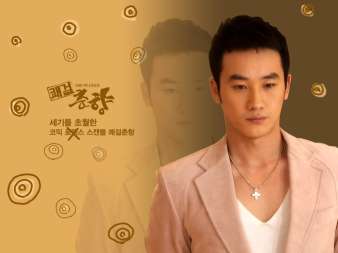 There are three major strengths of the drama: Jae Hee, the wonderful chemistry between him and Han Chae Young (a perfect balance between bickering and affection); and Hong Sisters. The drama is full of the latter’s trademark style elements, quirky dialogues, wits, fun, shenanigans and emotional strengths. It never ever gets boring. The plot is interesting enough to make you stick with it till the end. The humor is alternated with moments of poignancy. Each episode ends with a parody of the folk tale with our leads dressed in the sageuk attire, which is really fun to watch. I also loved that the heroine is determined and self-dependent. Also, her relation with her father-in-law is really adorable. The drama is full of deep relationships, the best friends to our leads (Dan Hee and Ji Hyuk) are one of them. The OST is really awesome, in fact all the songs are just like the part of the drama and are really good. Delightful Girl Choon Hyang is a show which builds up strong emotional attachment with the viewers.

One problem I have with the show is that the negative characters are given way too importance in terms of plotting and manipulations. Really disliked them. But as I said, the leads are so lovable that we care for them to see how they will come out of the mess. Also, the script is interesting enough so that the show never leaves it’s ‘never-a-dull-moment’ factor.

Jae Hee remains the heart and soul of Delightful Girl Choon Hyang. He has a perfect comic timing, an infinite range of expressions and immense likability. Han Chae Young looks very pretty, and in my opinion, this is her best role and she has acted superbly. This is the only thing I have seen Uhm Taw Woong in (and ya, there is that forgetful movie as well, Cyrano Dating Agency) and I think he has acted really well, but I really hated his character here, which turned from a caring second lead to complete antagonist in the later half. Lee In Hye and Moon Ji Yoon are great in their supporting roles. Ahn Suk Hwan as Mong Ryong’s father really gives a performance that stands out: both as a strict father and a caring father-in-law.

Delightful Girl Choon Hyang will always be close to my heart 🙂