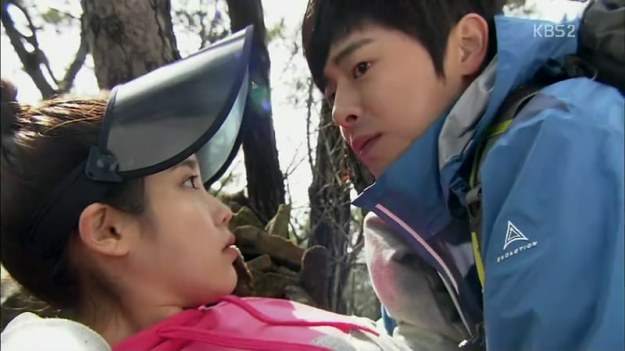 Mom is still worried about the photo and scarf and she asks Chan Woo’s dad about  Kyung-sook (now Song Mi-ryung). He tells that she was Soon-shin’s dad’s first love and they didn’t have any special relationship. She grew up in an orphanage. 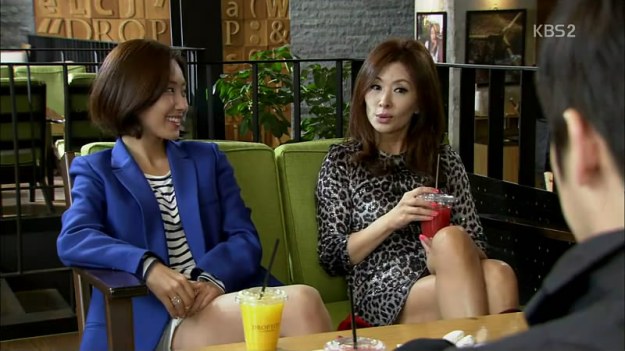 At gym, Joon-ho introduces Soon-shin to Mi-ryung. Yun-ah is also there. Soon-shin is really happy to meet her idol. Mi-ryung says that she found Soon-shin adorable, which increases Joon-ho’s confidence in front of Yun-ah. Yun-ah tells her about Joon-ho’s challenge of making Soon-shin as her rival in six months. 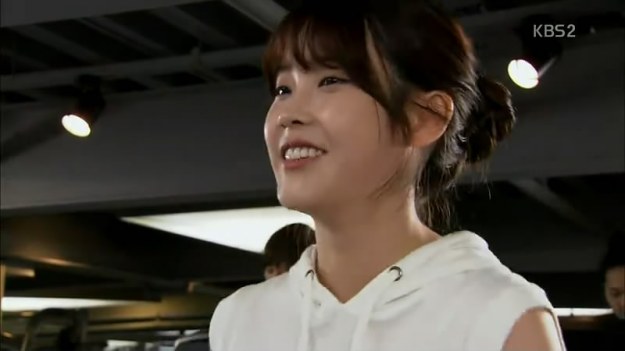 Yoo-shin is in her office lift when she suddenly remembers about that night when she came to the hotel with Chan-woo. She remembers that she threw up because of too much drinking and spoiled his clothes. So, he had to wash that shirt and nothing happened between them.

She goes to meet Chan-woo at his clinic but he doesn’t speak much. 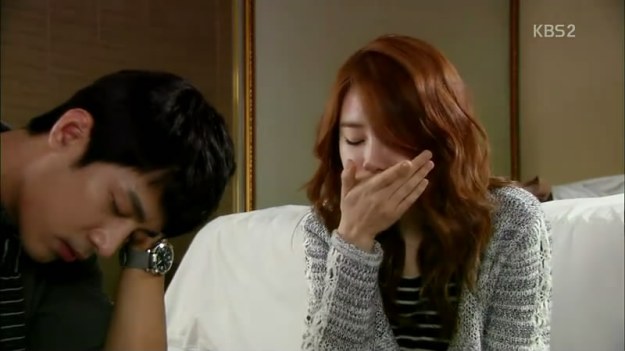 Mom visits the orphanage where Mi-ryung was brought up in order to clear her doubts. There, she finds a record about her and that she didn’t come there after leaving. The person there assures to contact her in case she finds anything about her.

Young-hoon gives treat to the staff at the restaurant.

In-sung suggest some script ideas for Soon-shin to Joon-ho, who discards them. In-sung tells him that he made a wrong decision this time and gets a scolding as usual.

As mom is sick, Soon-shin doesn’t go to work that day. Joon-ho calls her and tells her to come out as they will go for hiking today. She meets him and he tells her that this exercise will be helpful to learn so many things.

Joon-ho’s dad comes to the hotel where Yi-jung is staying to take her back. They meet Mi-ryung there. Mi-ryung tells dad that she will help him to deal with Yi-jung’s desire of becoming an actress. Dad agrees.

It’s funny that Joon-ho becomes tired of going up the hill, while Soon-shin runs through the path and is still energetic. She tells him that she used to come there with her dad every week. He tells her to improve her figure and also that he will change her name for the debut. She tells that her dad will not like it. He says that he will take permission from him. Then, she tells him that he passed away.

As they continue their hiking, suddenly Joon-ho trips and falls on top of Soon-shin and their eyes are locked for a very short time before standing up and they both are embarrassed due to the awkward situation.

The bakery man Jin-wook thinks about Hye-shin and smiles. He sees her with Woo-joo and Chan-woo. Woo-joo also sees him looking at them and comes to the shop. She tells him that Chan-woo is her father.

Joon-ho finds out about dad agreeing to let Yi-jung become an actress and that Mi-ryung will give her special classes. 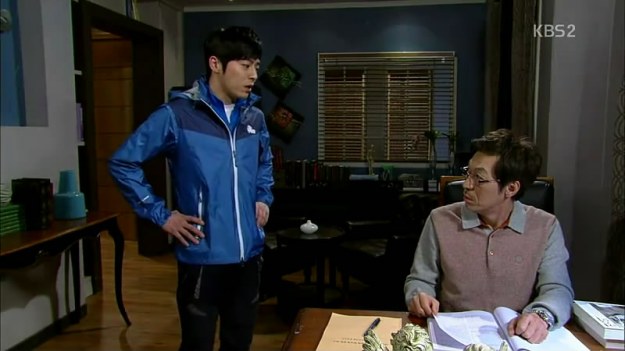 Mom gets a call from someone who knows Mi-ryung. She goes to meet the woman, who tells her that she was friends with her. Also, that Mi-ryung went to US after getting married and she doesn’t know if she had any children. Now, they are not in touch. Mom leaves and then we find that Mi-ryung’s manager paid that woman to tell false story in case any reporters asks about Mi-ryung. But she is unable to tell him about the person who came to ask this time (i.e. mom) 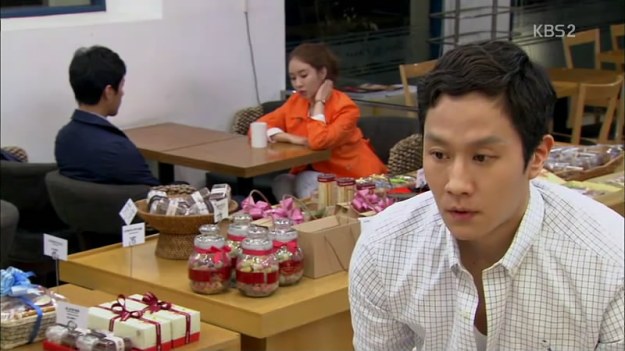 Yoo-shin meets Chan-woo in the same bakery shop and she says that it was her mistake to not remember anything and reach onto conclusions. He doesn’t speak much. She asks him why he is acting like that, to which he tells her that because he likes her. But he knows what is in her heart. The bakery man hears Chan-woo talking to Yoo-shin about ‘that night’ and misunderstands.

Mom is sad that why she suspected anything about dad.

Joon-ho asks Mi-ryung to give acting lessons to Soon-shin as well. He sends her to Mi-ryung’s house. Soon-shin is surprised that she will be taught by her.