Shin Min Ah is one actress who looks stunning in everything. She can look uber-cute at one moment and can look glamorous at the other. Before watching My Girlfriend Is A Gumiho, I was thinking how she will match with Lee Seung Gi as he looks so younger, but after seeing it, I can undoubtedly say that she looked far cuter than him as the cutest gumiho ever!! I love her and plan to see her in the fantasy sageuk Arang And The Magistrate whenever I’ll manage to find time for it. Shin Min Ah has that quality where she looks innocent yet mysterious and so graceful every time. And apart from the dramas and movies, she looks mesmerizing in photo shoots as well. She is rightly a photographer’s dream as she rocks in every mood and attire.

Shin Min Ah has been featured in not one but three different covers of Allure Korea on its 10th anniversary edition and she is sporting different personas in each: sweet, naughty and sensual. I personally like the sensual one because I love her dark eye makeup and the expressions, which are so effortless. I like eye make-up in general, complete with kohl, eye-liner, mascara and eyeshadow. So this cover naturally is my favorite, but I’m loving her in all except the eye lens in the first one which looks..odd. So which one suits to your liking??

I really hope we’ll be able to see her on small screen soon!! 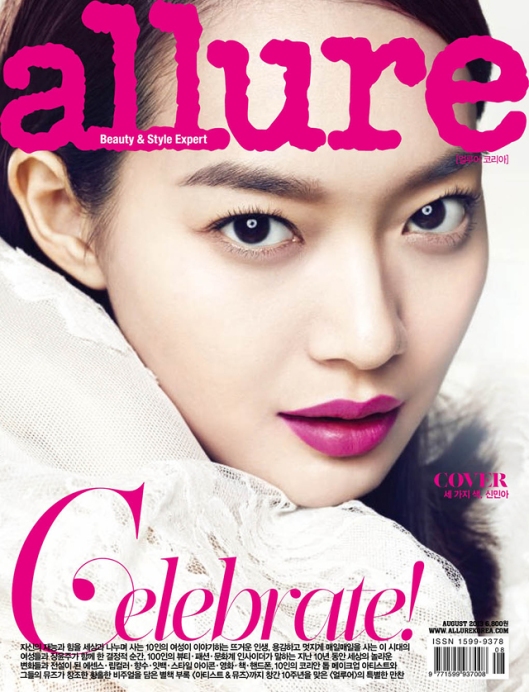 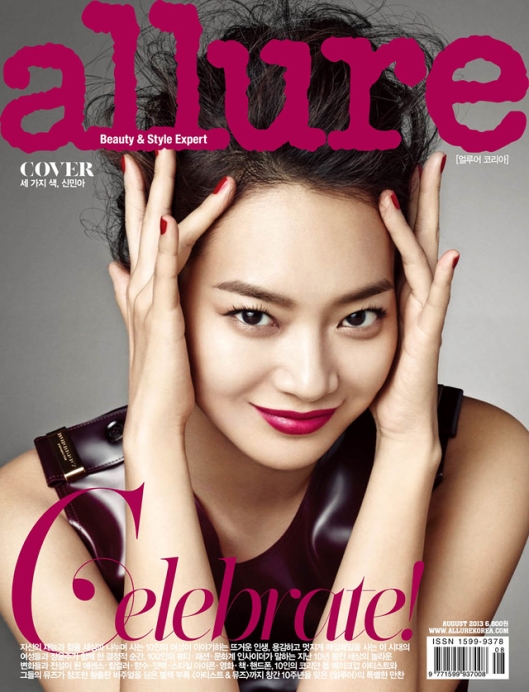 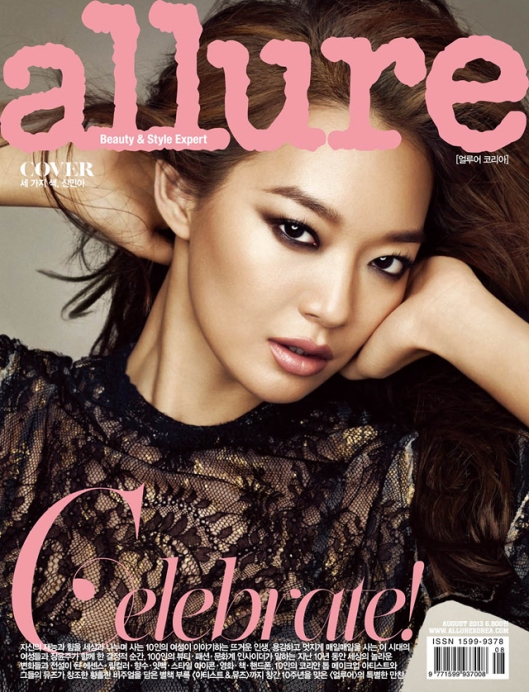