Han Hyo Joo always amazes me with the perfection and class that she always has in all her photo spreads I’ve seen till date. She vows me everytime with her style credentials, adding a sophisticated layer and elegance. Every frame is perfect. She connects through her photos instead of simply posing for one as we see more often than not in the magazine shoots we come cross everyday. InStyle Korea took her to Mexico for its May Issue and I love these spreads. There is variety, warmth, candidness and natural aura. Plus, the outdoor shoots are any day better than the studio ones. There is a relaxed, lazy and summer feeling here, and lots of warmth. It’s like the camera captures candid moments without deliberately arranging the various shots. The wide range of pictures vary from Han Hyo Joo enjoying a band or some exotic drinks or the fresh breeze of the sea or simply frolicking on the streets.

Han Hyo Joo is simply stunning, graceful and flawless when it comes to her still shots but I think the same cannot be said about her acting which is not totally terrible but is mediocre in most of the cases. She clearly works hard and is endearing but the naturalness is a bit lacking when it comes to her expressions. But this is the opinion coming from the single drama I’ve seen her in, which is Shining Inheritance and it came in 2009 (and was a massive hit with ratings reaching the sky high number of more than 40 %). So it’s possible that she has improved by leaps and bounds now, with the actor consistently doing only films since her last trip on small screen with Dong Yi in 2010. Her movie resume includes high profile projects like melodrama Always with So Ji Sub, highly acclaimed Masquerade with Lee Byung Hun, old school romance Love 911 with Go Soo and last year’s thriller Cold Eyes for which she bagged the prestigious Blue Dragon Film Award for Best Actress. She will be next seen in another film C’est si bon, which is a musical based on a music hall in Seoul that has produced many famous folk musicians. Her costars include solid actors like Jung Woo, Kim Hee Ae and Kim Yoon Suk.

It looks like we drama lovers will have to wait more to see this lovely actress on TV, but we can surely enjoy this photo shoot right now which is as beautiful and refreshing as the glimmering sea. I can’t choose any one as my favorite as I’m loving all the pictures. 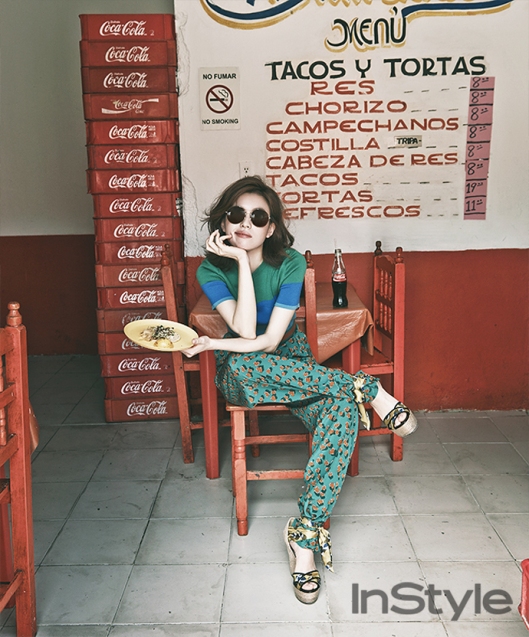 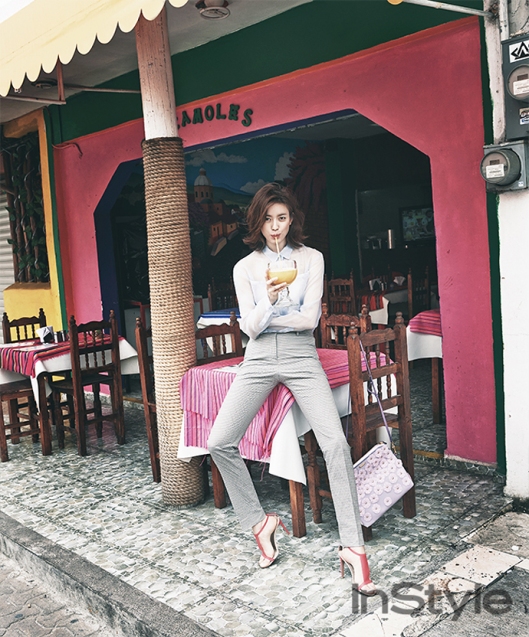 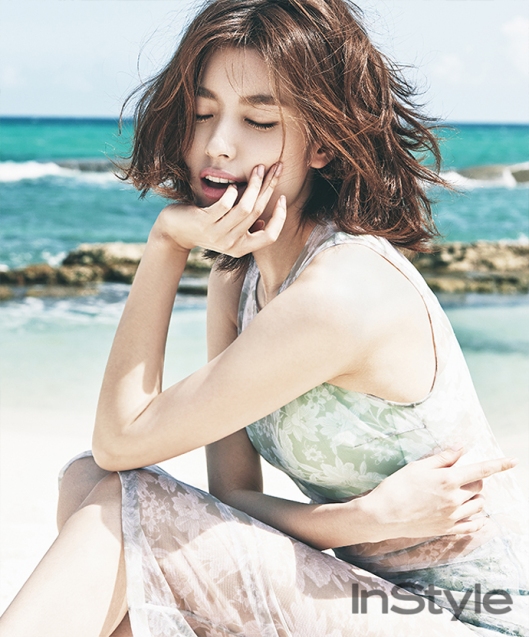