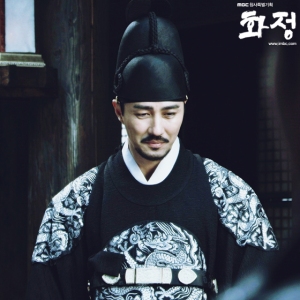 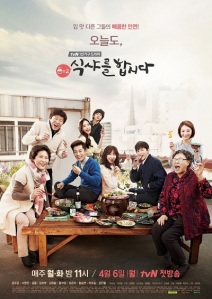 It’s funny that the last time I did a post on having a glimpse of upcoming dramas, it was in April 2014! I know! It’s that old and I didn’t do another similar post up till now. But as I was making my plans about forthcoming shows, I got a bit confused about everything as I was hearing casting news left and right and front and centre and thought of making a chart to make things clear about what’s in store for us in dramaland this month. Here is a list of dramas that are starting this month. I have also included the ones that have already commenced airing in April. And they are arranged slot-wise.

About: A sageuk that is a reinterpretation of historical events related to Gwanghae as he will be painted as a villain, who usurps the throne and ousts his half sister from the palace.

My Opinion: This drama boasts a powerhouse cast and MBC has given lots of hit period dramas in the past. But you all know I’m not at all a sageuk fan until unless it’s a fusion one which mixes some quirky plot into it. Add 50+ episode count and I’m running for the hills.

About: A pair of twins whose fate gets exchanged. The ‘it’ girl of school goes missing and the other sister comes into picture in place of her.

My Opinion: I absolutely loved the last installment of this hit franchise, which was poignant, realistic and touching. Not to mention the bromance that defined the word again. But the mystery element in this sixth part adds some drama and larger than life element, which does make me worried about all realness I was expecting.

About: Second installment of Let’s Eat. It takes the hero to a new neighbourhood where he meets new people, each with their own opinions and styles on eating, including his schoolmate, our new heroine.

My Opinion: I already mentioned before that I don’t like fiction which is all about food. I never watched the original drama and hence, nothing can make me watch this show. You guys enjoy!

About: A serial murder connects two people, which resulted in the girl gaining the ability to see smells while the guy losing his ability to feel physical pain.

My Opinion: I’m enjoying the drama and loving the leads, individually as well as together. A nice cocktail of comedy, romance, cuteness, mystery and emotions.

About: A man who gets a personality change after going through a heart transplant surgery.

My Opinion: I’m fond of love-stories about romance between boss and secretary/assistant. Basically all K-dramas and Harlequin Romances. LOL. And I love the leads. And the meta promos, making fun of melodramas but I’m sure this is a melo. Hope it’s not too melo (Am I making sense?).

About: A couple who is diametrically opposite — the girl can go to any lengths of lying for getting what she wants while the guy is truly honest and innocent.

My Opinion: I have seen No Min Woo in 2-3 roles and I like that he is playing such a different character here. Not only that, the role sounds normal with positive traits. This is Yang Jin Sung’s next show after her much-loved drama Bride Of The Century, which I didn’t see. Overall, my interest is not enough to give this a try.

About: An ex-detective runs a small restaurant shop after she quit her job because of her son’s death. The location is in front of his school. The drama follows her story as she learns the truth about his death and goes through the process of healing and forgiving.

My Opinion: I like that despite being a weekender, the drama sounds so different because usually it’s the run-of-the-mill plot we get almost every time.

About: A divorce lawyer has to work under her former assistant after her legal license gets suspended. The problem — they couldn’t stand each other in the past!

I Love You From Today  [already started]

About: A woman who becomes part of a family on re-adoption and a man who gives priority to love than family.

My Opinion: All daily drama lovers, here is a new show for you all. I can’t watch a 100+ show so these are not my cup of tea. It doesn’t help that the story and characters and situations are recycled in every daily soap.

About: An engineering student who gains superpowers when he turns 25

My Opinion: I think the drama is not receiving much buzz. But there is a potential of it turning into a dark horse. The only actor I could recognize was Lee Yi Kyung who played bully Oh Jung Ho’s friend in School 2013.