Descended From The Sun is one of the most high profile dramas of 2015. It is because the show is being penned by star writer Kim Eun Seok who has Secret Garden, A Gentleman’s Diginity and Heirs under her belt and if we go back a little, then she has also written Lovers In Prague, Lovers In Paris, City Hall and On Air. One thing is common in these shows — all were superhits and created popular trends among the viewers, you know, the type of shows that everybody can’t stop talking about and you love them or hate them, you can’t ignore them. Personally, I enjoyed the comedy of Secret Garden but I found that emotional feel missing. Heirs was totally another case where I liked the drama because of my dual love for Park Shin Hye and Lee Min Ho but now on the hindsight, I can see millions of shortcomings in it, which I ignored while the drama aired.

Anyway, Descended From The Sun is making the buzz from many months. It became news when the show decided to get aired by KBS because all her previous shows have been broadcast by SBS. Casting speculations kept on floating around the web till this week when the drama finally confirmed its cast. Song Joong Ki will be making his acting comeback after returning from military service through the show and Song Hye Kyo has signed on as his leading lady, she is returning to small screen after 2013’s That Winter, The Wind Blows. I love Song Joong Ki and he left on a career high by delivering hit drama Nice Guy and hit movie A Werewolf Boy. So I’m super-excited for his return. I like Song Hye Kyo a lot and wow, it looks like she is getting more and more beautiful with age. I think this is a noona romance in real life but not on the reel as they both play mature roles. He stars as head of elite special forces and she plays an army doctor. The drama is about soldiers and doctors who are stationed overseas in war zones and will show how they fall in love in those extreme conditions. I like that even when the story is simple considering the nuts and bolts of plot, the whole new refreshing set-up gives it an edge in churning out a new experience.

The second leads will be played by Kim Ji Won and Jin Goo. She is reuniting with the screenwriter after Heirs where I totally hated her character but liked her acting. Jin Goo mostly stars in films but I found him endearing in Ad Genius Lee Tae Baek. These two play exes and also army surgeon and soldier. So we are having two couples and both of them have same professions! But I’m loving everything about it. And I have a special place in my heart for shows which take army as the background. Plus, I’m always ready with open arms for a second leads’ love story. I do hope that this time we’ll get a decent male lead instead of the jerks we see in her other dramas.

Descended From The Sun will be completely pre-produced, which is a great step I think as live shoots are terrible, for the whole cast and crew and the story which keeps getting remoulded to fit the viewers’ taste. Direction will be by PD of melodrama Secret and the drama plans to air sometime later this year. It will have lots of foreign location shoot. 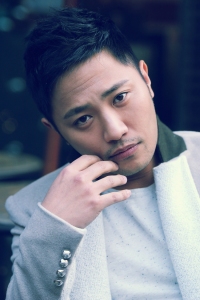 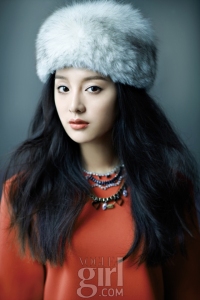 'Racket Boys' offers what I already expected from the show written by the writer of 'Prison Playbook' — warmth, adorable and relatable characters, realistic setting, freshness, laughs, affecting narrative.
June seems to be the month of second seasons and webtoon adaptations. So many dramas are coming back with their second installment. To the uninformed, Korean dramas usually don’t have a multi season arc, with the story being told from start to finish in a single season which normally has an episode range from 16 to 20. In recent years, we are seeing more shows with a multiple season trend. Well, if I love a show and its characters, I’m all ready for one more serving!