If I drop a drama or doesn’t like it, it doesn’t mean that there were no roses in that journey. Even if a show doesn’t cut the mustard, there are always some goodies to take from it. Like in the form of certain actor or actress that I’m introduced to through that ride and grow fond of them to look forward to their future projects. Yoon Hyun Min is one such actor who I liked a lot in the few episodes that I watched of Falling For Innocence and he is the sole reason for me to check out upcoming weekend drama My Daughter, Geum Sa Wol that takes up the slot from just concluded Flower Of The Queen. It’s icing on the cake that this will be his first leading role too. Baek Jin Hee has been doing a string of MBC dramas recently (Empress Ki, Triangle, Pride And Prejudice) and now she is headlining the drama, playing the titular Geum Sa Wol. I do wonder why she picked a weekender after playing lead roles in prime time slots. But then seeing what a mega hit writer’s last drama, Jang Bo Ri Is Here was, it makes sense. I did read the plot details but they had so much interconnected-relationships web that I couldn’t jot down all that here. Basically it’s a drama where a family is broken due to revenge and hate but our heroine tries to turn everything right by building a dream house, literally as she is an architect while our hero is a second generation chaebol who is director of a construction company and fits the bill of drama heroes to a tee: he’s arrogant, bossy, etc. Second leads roles are filled by adorable Park Se Young (Glorious Days) and Do Sang Woo (Ex-Girlfriend Club). I actually like this cast ensemble and although the posters give a very bright and cheerful tone, I’m sure there will be makjang in store for us. The PD has shows like May Queen and Flames Of Ambition in his filmography. My Daughter, Geum Sa Wol starts airing this weekend on MBC. 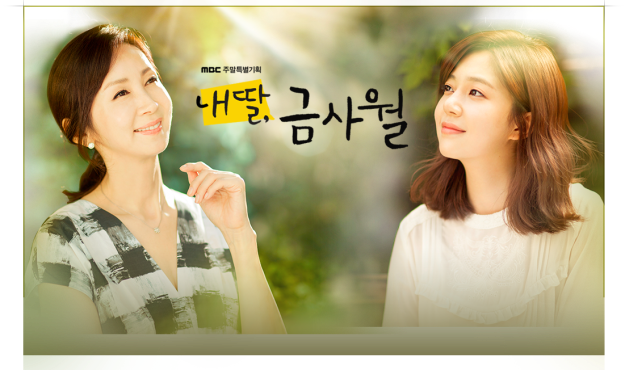