Well, it’s finally here! Highly anticipated drama Descendants of the Sun is premièring tomorrow on KBS as the new Wednesday-Thursday show. There are multiple reasons for viewers for getting excited for it — it’s Song Joong Ki‘s comeback show after his military service and he went with a bang by giving a hit and terrific turn in Nice Guy. Then this is hit writer Kim Eun Sook‘s show who has always given very popular and successful dramas like Heirs, A Gentleman’s Dignity and Secret Garden. This stars Song Hye Kyo as the leading lady. My personal reasons of course include Song Joong Ki, but I also like Jin Goo a lot and the premise sounds interesting too with a love story set in a fictional war-torn country where our hero is a soldier and our heroine is a doctor. Kim Ji Won costars (she is reuniting with the writer after Heirs). I’m not a huge fan of Kim Eun Sook heroes who are very dominating and possessive, and so I hope that’s not the case here.

I do want the drama to do well as it’s completely pre-filmed and can help to popularize the trend of pre-filmed dramas instead of dangerous and hectic live shoot system. The show does look grand and beautiful with good production qualities. It has been directed by the PD of Secret, School 2013 and Dream High. It will have a total of 16 episodes. Song Joong Ki is looking so dashing and good in the uniform, and all other actors are looking good too. I like the main poster which is different and aesthetically done. The media buzz has been high about Descendants of the Sun since the time it was announced and that can be a double-edged sword. Let’s hope it is a decent watch. 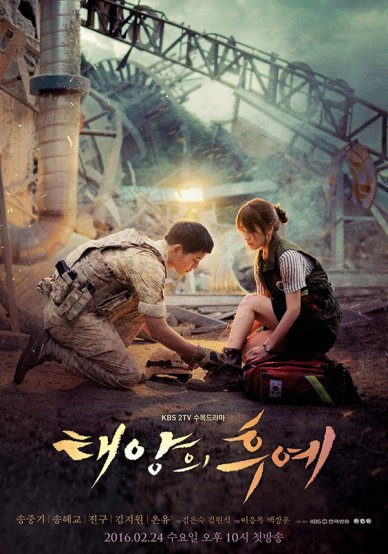 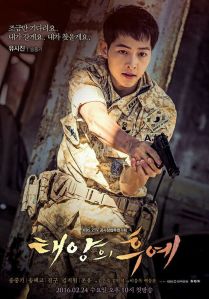 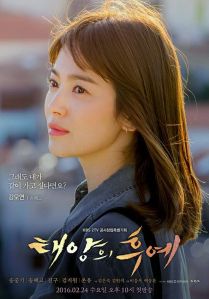 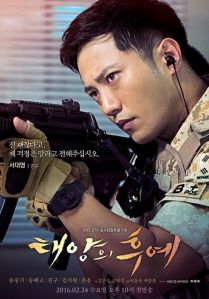 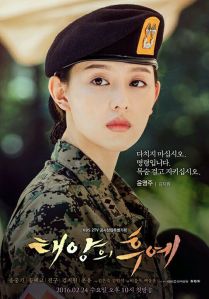 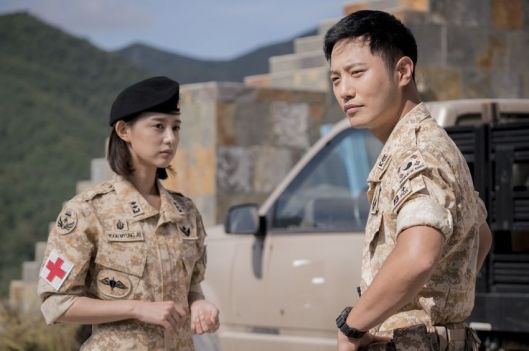 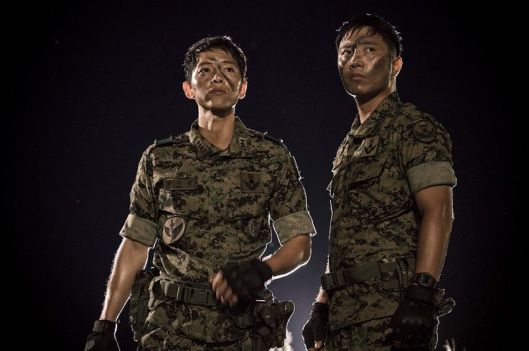 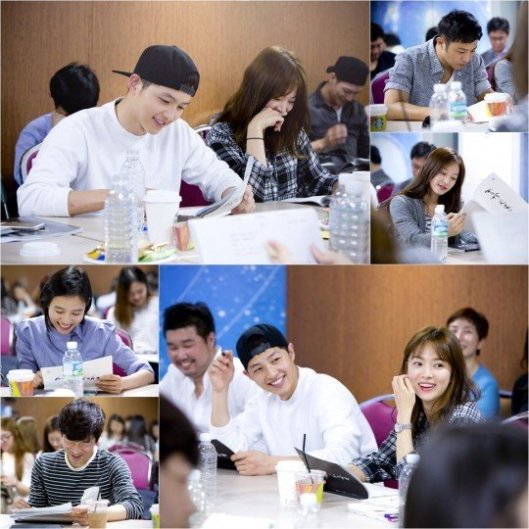