For this week’s Picture Perfect, here is a beautiful shot of gorgeous duo Song Hye Kyo and Song Joong Ki from drama Descendants Of The Sun.

END_OF_DOCUMENT_TOKEN_TO_BE_REPLACED

The countdown has begun for one of the most anticipated and buzzed dramas of 2018 — Mr. Sunshine. Reasons are aplenty with the show comprising the winning combination of writer Kim Eun Sook and PD Lee Eung Bok who gave us two superhits in the very same year — Descendants Of The Sun and Goblin in 2016. Then there is the cast of hottest actors in the TV and END_OF_DOCUMENT_TOKEN_TO_BE_REPLACED

Upcoming grand scale tvN drama aka Mr. Sunshine is gearing up for its premiere next month and has released character posters for complete main cast. The pictures look equally epic and quality stuff. Let’s hope the show also delivers in terms of execution, plot and production values as it’s set in the era of early 20th century. It’s a 100 percent pre-produced drama. Brownie points for this factor! The show once again reunites writer Kim Eun Sook and director Lee Eung Bok after superhit shows (both aired in 2016) Descendants Of The Sun and Goblin. Mr. Sunshine is chock-a-block with popular actors who are known for their acting talent and popularity in films as well as television. END_OF_DOCUMENT_TOKEN_TO_BE_REPLACED 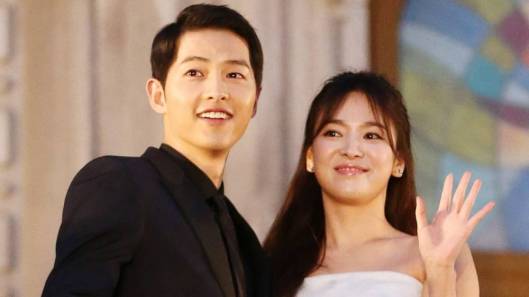 We keep hearing breaking news left and right. Some are related to film and television world and this one surely takes the cake! As unexpected as seeing a fifth ace in a deck of cards. Song Joong Ki and Song Hye Kyo are getting married! They met on the sets END_OF_DOCUMENT_TOKEN_TO_BE_REPLACED

From a story point of view, Descendants Of The Sun may not be something extraordinary. But I do like the central conflict of difference in principles for the leads. And then there is the grand scale on which it is made, so another factor to tune in for. END_OF_DOCUMENT_TOKEN_TO_BE_REPLACED