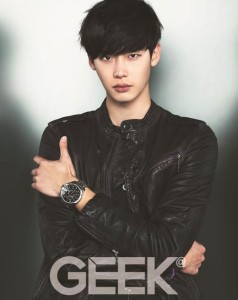 Now this a news which makes me double happy. Firstly, Han Hyo Joo is coming back to dramaland after almost 6 years after her last small screen project Dong Yi (2010) and secondly, she is going to romance Lee Jong Suk. Now that is one pair I never imagined would be together but makes me super excited since the drama has been in reports. I have always loved Han Hyo Joo (even if I found her acting okay in Shining Inheritance but she was really endearing) and Lee Jong Sook is a darling since School 2013. Han Hyo Joo has been busy in films for past few years so it’s great to see her back. (On a side note, I LOVE her magazine photos. It’s like camera loves her and it can’t go wrong ever!)

The show will air on MBC and another thing to look forward to is the writer who also penned Nine and Queen In Hyun’s Man. The title is W, which I find intriguing and it will be a mystery romance melodrama. The PD attached to the project is that of She Was Pretty. So we are in good hands and it is about two people who live in same era (oh so no time travel..lol) but different worlds. It will have a total of 16 episodes (yay for the good old number of 16) and will premiere in July. Nothing much is known about the plot but I’m already waiting for the drama with bells on!