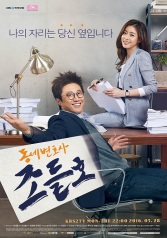 It has really been an unannounced hiatus this past week as I was busy with exams. But now I’m all set to start my drama spree. Tomorrow is that special occasion when the big three networks are starting new dramas for the same slot. MBC is bringing melodrama Monster, KBS is bringing legal comedy Neighbourhood Lawyer Jo Deul Ho and SBS is bringing sageuk Jackpot. All three channels are actually continuing the same genre for the Monday-Tuesday dramas as was followed by their predecessors. Let’s have a look at them one by one. 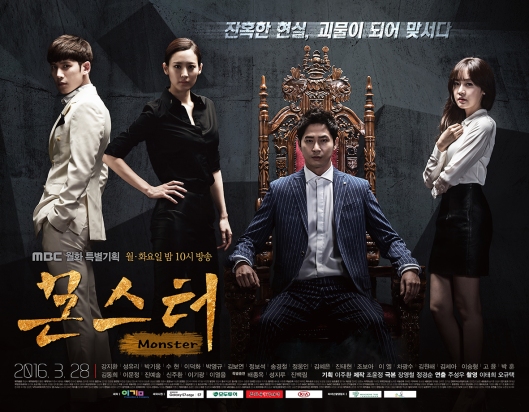 It follows melodrama Glorious Temptation and in the same vein, it is also going to have many, many episodes, 50 to be exact.  I think I’m liking everything about it except the length. First of all, it stars Kang Ji Hwan, whom I’ve loved ever since I watched Coffee House and that love grew after Incarnation Of Money. This show and role actually seems like the latter. He plays a man who loses everything and then he goes after the people who did that to him. He is reuniting with leading lady Sung Yuri after drama Hong Gil Dong and movie Runway Cop. Haven’t seen either of them otherwise that would have been another exciting feature for me. Park Ki Woong (whom I haven’t seen in anything but have heard nothing but great things about him) stars as a cold-blooded chaebol. This is his comeback project after his military service. Soo Hyun (she was in Fugitive Plan B as Daniel Henney‘s assistant) plays a spy. When I said the drama sounds like Incarnation Of Money, it actually does have a connection — the writers for Monster wrote that show along with History Of The Salaryman, Giant and Empress Ki. The PD has helmed shows like Hundred Year Inheritance and The Legend Of The Witch — all long dramas. 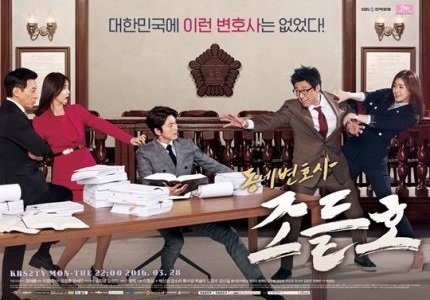 This show seems quirky fun judging from its super funny teasers. The drama stars Park Shin Yang (he is returning to dramaland after 5 years as his last show was Sign in 2011) as a lawyer who was once a star prosecutor but he lost everything (is that the main theme for all new shows in this slot!) when he became a whistle-blower for some corrupt practices. He later starts practising as a lawyer in a small neighbourhood to protect the innocents and fighting injustice. Kang So Ra (Warm And Cozy) plays a new employee of a large firm and Ryu Soo Young (Two Weeks) plays our hero’s rival, another prosecutor. I was actually not very interested in watching this show but the promotional material has caught my interest and the tone looks really weird but fun. The team behind Neighbourhood Lawyer Jo Deul Ho consists of writer of The King’s Face and Money’s Warfare and two PDS — one of Healer, Good Doctor and the other of Sassy Go, Go, Trot Lovers. It is based on a webtoon and follows Moorim’s School which had tragic ratings.

The first thing I’m happy about with respect to Jackpot is that it seems like a different and good role for Jang Geun Suk, who is a really good actor but has had similar roles and not so good dramas since his awesome turn in You’re Beautiful. He plays the best gambler of Joseon era who is the forgotten brother of Yeo Jin Goo (Orange Marmalade) who plays future King Yeongjo. The show is actually a retelling of history. Im Ji Yeon (who got rave reviews for her first drama High Society) plays a woman who wants revenge from the king and Choi Min Soo (Pride And Prejudice) plays King Sukjong. If you have read this blog regularly, you must know that I’m not a sageuk fan but I can give them a try if I find anything appealing. I like this cast. Jackpot comes from the screenwriter of Warrior Baek Dong-soo and PD of Mask. It is taking the baton of historical dramas from Six Flying Dragons which was very well received and was number one throughout its run.

So which drama is your pick? Or you’re not interested in any of them. I’m rooting for each of them for different reasons. As for my personal interest, I’m more keen on watching Neighbourhood Lawyer Jo Deul Ho and Monster. Picking up all three, not to mention other shows of other slots, it’s like squaring a circle. I don’t know how I’ll handle everything when the list doesn’t seem to stop! 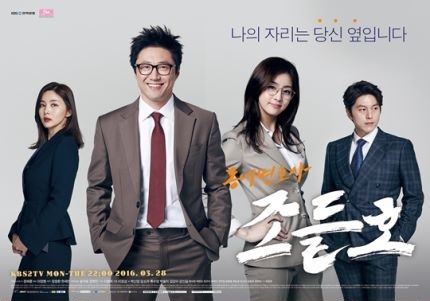