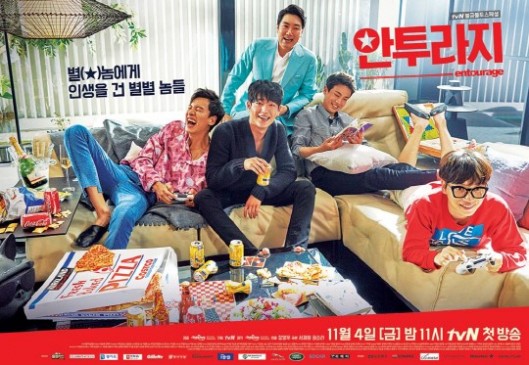 We have seen remakes of Japanese dramas in K-dramaland but it seldom happens that there is a Korean remake of a western show. After remaking The Good Wife, tvN is now bringing another remake in the form of Entourage. I haven’t seen the original show which aired on HBO from 2004 to 2011. It is about a film star, his friends and agent. The K-version stars Seo Kang Joon as the superstar, Jo Jin Woong as power agent, Park Jung Min as his manager, Lee Kwang Soo as a has-been actor and Lee Dong Hwi as another friend. The drama will basically show the friendship and journey through the entertainment world.

I didn’t have much opinion about Seo Kang Joon before but I really liked him in Cheese In the Trap. I loved Jo Jin Woong in Signal and Lee Dong Hwi has an amazing comic timing. So the cast seems pretty good and I wonder what will be in store for the viewers in the limited episode run against the multiple seasons of the American counterpart. I’m not too excited for this drama but I’ll keep an eye on it in case it’s good.

Entourage is starting today and will be the Friday-Saturday show for tvN. It is 100 percent pre-produced. Since it’s based on film industry, there is an added bonus in the form of cameos by many actors. 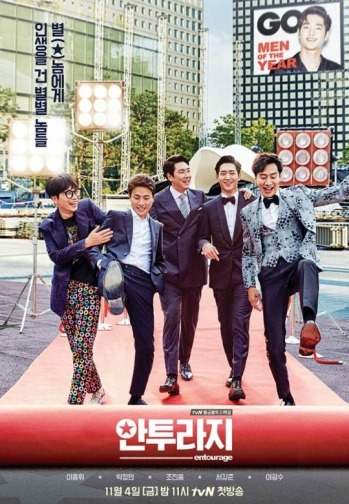 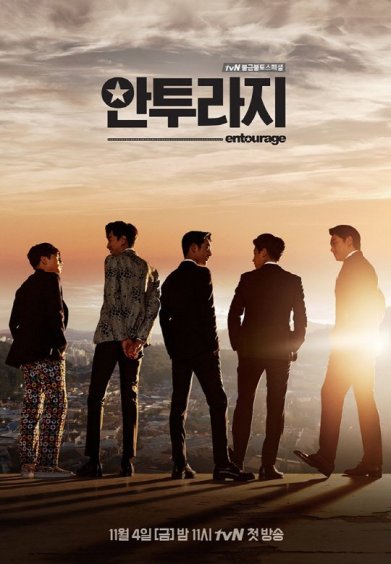 2 thoughts on “Korean remake of ‘Entourage’ premieres today on tvN”