A new daily drama is starting this week, airing from Monday to Friday on MBC and it’s titled I Love You Danji (also going by the name Return of Lucky Pot). The only cast member I know is Lee Pil Mo who was great in Pinocchio. For weekday prime time shows, he last appeared in a cameo role in tvN hit Oh Hae Young Again. I Love You Danji sounds like the typical plot of a hardworking poor girl meeting a rich guy and falling in love.

The show stars Kang Sung Yun as the titular Dan Ji who supports her family by working as a bus driver in a private institute. Go Se Won plays a rich man who falls in love with her. The second lead roles are played by Lee Pil Mo and Song Sun Mi. Kang Sung Yun is a known face in dailies, with having appeared in shows like The Great First Wives and Wife Returns, and Go Se Won has acted in all seasons of long running tvN drama Rude Miss Young Ae. Song Sun Mi was last seen in melodrama Memory.

I Love You Danji is helmed by the PD of One More Happy Ending and Mother’s Garden, and writer of daily dramas The Return of Hwang Geum Bok and You’re Only Mine. So rejoice, all you daily drama fans! One more show to add to your list! 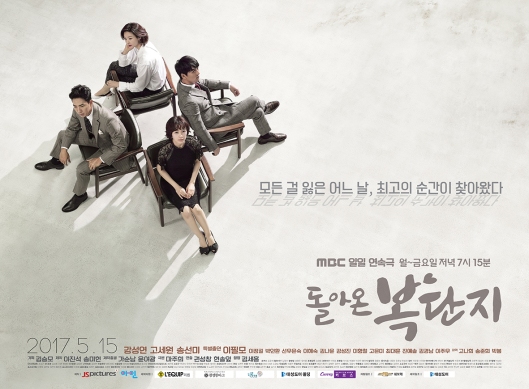