I’m really excited for the upcoming fantasy sageuk Gu Family Book, the major reason being my love for Lee Seung Gi. I’m not a historical drama fan, but if it involves fusion elements, I’m all in. I was wondering how my favorite actor will look in a sageuk role, and with his first stills released, I’m rest assured that there will be lots of cuteness galore from his side. The first adjective that comes into mind whenever I see him is ‘cute’. And that is applicable to all of his roles. So much is being said about his hair, but personally i always love his look 🙂 You can say I’m biased towards him. And in this sageuk, he is totally rocking in the hair department. He plays a half human, half beast. 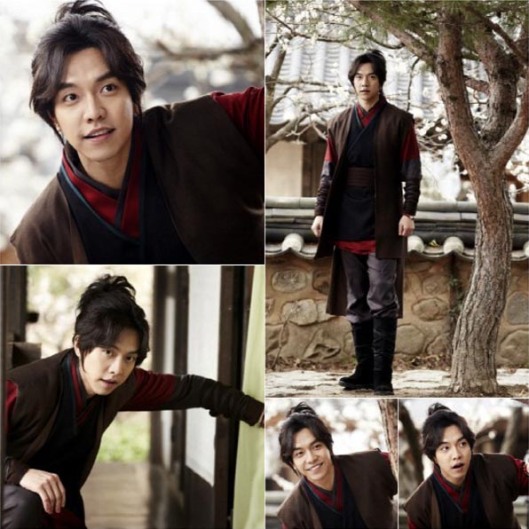 And when I thought our casting is complete, even the prerequisite of every drama: the love square was done with Suzy, Lee Yubi and Yoo Yun Suk; we have another addition to the cast: Sung Joon (Can We Get Married?). He will play the role of Suzy’s bodyguard, who will have a one-sided love for her. Oh…bring the tissues already. I wonder why her character needs a bodyguard when it’s described as talented in martial arts itself. Also, as Sung Joon moved on to leading men roles, why again a second lead?!? Maybe the role will be super awesome.

Otani Ryohei (The Chaser) is the other addition, who will play ‘a top ninja’. This description cracks me up as it’s so short and doesn’t tell us much about the role.