The drama starts with the scene where Yun Ah asks Joon Ho to make a common girl (Soon Shin) a superstar and then she will believe in his ability and sign a contract with him. He rejects this proposition. Soon Shin cries and tells her best friend Chan Mi about the cheating and that she should keep this a secret.

Soon Shin sees a part-time job advertisement outside the same restaurant, next to Joon Ho’s office. She gets hired. 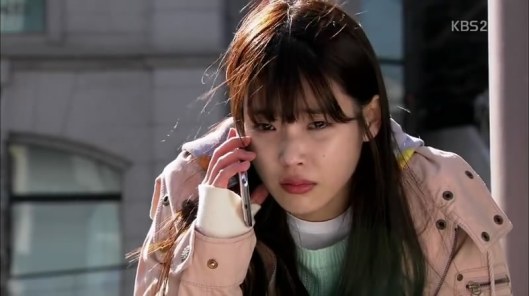 Chan Woo and Yoo Shin meet on their way home and he tells her to visit a skin clinic. She tells him that it’s good to look natural and that she doesn’t believe in such treatments. Soon Shin also comes there. Chan Woo offers a dinner treat on her new acting job, but Yoo Shin doesn’t come along.

During their dinner, Chan Woo gives Soon Shin a coupon of his clinic as a gift. She feels guilty as she hasn’t told about the swindling incident.

Soon Shin brings a flyer to the restaurant, which bears a drawing of that con artist with the name Shin Joon Ho and asks the manager Kim Young Hoon (Lee Ji Hoon) to hang it there. He is Joon Ho’s friend (a hyung) and laughs at this. He hears the whole story from her.

Joon Ho comes to know that Soon Shin now works at his hyung’s restaurant and asks him to fire her. Young Hoon rejects.

Yoo Shin sees the gift coupon in her room and takes it. At her office, her colleagues point out about how tired she looks. She gets tensed and thus visits the very same clinic for some skin treatment. She is shocked to see Chan Woo as her doctor there, who is equally surprised. He taunts her that she was never visiting such a place. To which, she retorts that Soon Shin gave her that coupon.

We see that Soon Shin’s friend Chan Mi is actually Chan Woo’s younger sister. She tells everyone at her home about Soon Shin being conned. And to keep it a secret (Ha!)

On the other hand, Mi Ryung’s assistant is in a rage and in this condition, he blurts out something to his reporter friend in a drunken state. Later, he is anxious as to what he told him.

Next day, Yun Ah and Mi Ryung meet and the former tells her about the rumours she heard about her.

It’s also revealed that Joon ho’s dad Dong Hyuk doesn’t like Mi ryung, may be because she is an actor (but may be his hatred has more to it than this.) He tells Joon Ho (who spoils his blind dates each time) that his friend’s daughter will come to meet him and that he should act properly.

Joon Ho decides to meet her in the same restaurant. He sees Soon Shin with the eye of a casting director, but finally concludes that it’s impossible to launch her as an actress. He tells her to call him after 5 minutes in order to disturb his blind date. He meets with the girl, and gets bored with her talks. He tells Soon Shin in sign language to call him. She does so and hangs as per his order. He continues to talk as if he is talking to his girlfriend. The blind date gets annoyed. The phone starts ringing while he was still talking and finally Soon Shin comes in the open with a phone and reveals his plans. The girl gets angry and throws water on his face. 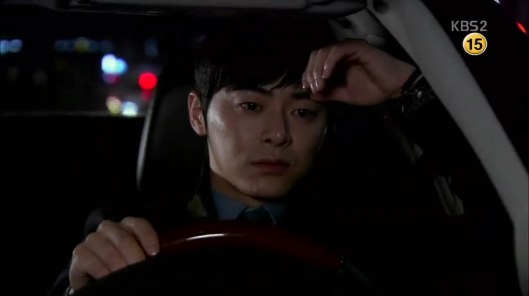 He is clearly sad and remembers old times when he waited for Yun Ah, but she was busy in her fan meeting event. She didn’t even recognize him in front of others when he reached that venue.

It’s revealed that Hye Shin has actually taken divorce from her husband. But she tells mom that her husband will have to stay abroad for one more year due to work and till then, she will stay with them.

Hye Shin’s daughter Woo Joo is not happy to live there and goes out in anger. She suddenly feels as if someone (with a mask) is following her. She starts running and enters a bakery shop. That man also comes there. She shouts and runs away. The masked man removes the mask and is surprised at this odd behavior. He is actually that shop’s owner and was wearing a mask as he was suffering from cold. Woo Joo has left her cell there in her rush. 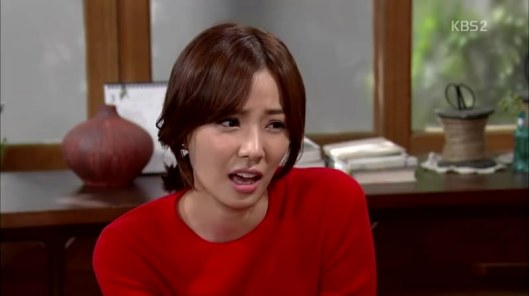 Soon Shin’s mom is about to know Soon Shin’s secret from Chan Woo’s mom, but she stops before spilling the beans.

Soon Shin’s dad comes to see her at the acting class but obviously doesn’t find her. He finally sees her as a waitress in the restaurant. Before he could say anything, he sees Mi Ryung as well and gets shocked.