Mom confronts Chan-woo’s dad about Song Mi-ryung being Soon-shin’s mother; to which he agrees. She also asks that is dad her real father. He tells her that dad is not her father, but he is not able to convince mom.

Mom is not able to sleep properly. Soon-shin thinks that it’s because she found out about her acting thing.

Joon-ho searches on the net about how to convince parents that oppose (so.cute.) and also takes suggestions from In-sung, but does not get any good ideas from him.

Jin-wook (the bakery man) wants a room on rent. He goes with the lady in-charge for the work to Soon-shin’s house in order to convince the family to rent the room to a man, but runs away when he sees that it’s actually Hye-shin’s house. 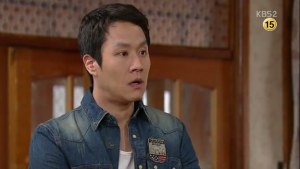 Mom gets scolded at work and the manager fires her.

Yi-jung takes an appointment at her dad’s clinic to get treated by Chan-woo. Yoo-shin also comes there and sees her with him. She thinks she is the girl he went for date with.

Mi-ryung again praises Soon-shin in front of Yi-jung. When alone, Soon-shin asks the reason for the purposeful praise and that she will work harder to gain the real praise from her. 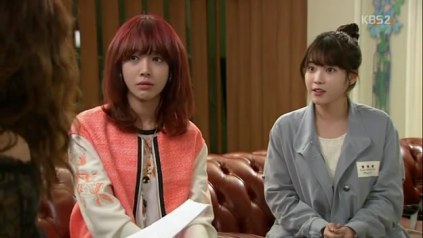 Yi-jung is really pissed off and starts fighting with Soon-shin (literally!!). They both role on the ground when Joon-ho comes. He takes Soon-shin’s side. Yun-ah also comes to meet Mi-ryung and she sees them.

Yun-ah asks about Soon-shin from Mi-ryung, to which she says that she finds her cute and smart.

Joon-ho applies medicine on Soon-shin’s bruise and they have a short eye contact. He tells the reason he took her side was because she is the actress of his agency.

Mom drinks a lot and  comes home all drunk.

Yoo-shin meets Chan-woo on her way home and asks about that girl (Yi-jung). He says that she is not the one he met for date. She says that a few days back he told that he likes her, but now he is taking the other girl’s side. He moved on so fast. He asks if she is jealous. She can’t say much except that she is worried as a friend. Then suddenly he kisses her. She is surprised. He tells that if she hates him, then she can stop him. Which of course she doesn’t and they both kiss each other.

In the morning, everyone discuss about mom and that they should take good care of her.

Mom asks grandma about the reason for not being happy when they brought Soon-shin into their family. She answers that as she already had two daughters. Mom says she doesn’t regret her decision of raising Soon-shin.

Joon-ho sees the home made cure of treating wound when his mom applies it on Yi-jung and takes that with him (without letting anyone know about it.) At the restaurant, he applies it on Soon-shin’s forehead and this is seen by Yun-ah and she feels a bit jealous. She asks Joon-ho about not telling about his parents. He says that they might not have broken up if she knew it. 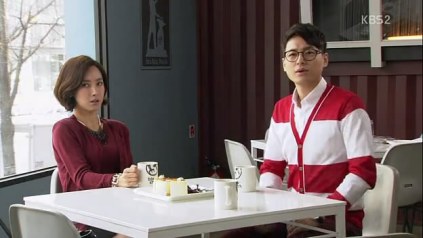 Yun-ah asks Young-hoon’s opinion about Soon-shin and he says excellent. He tells her to take her bet back if she does not want to regret.

Mom goes to visit dad’s grave and asks why he did this to her if she sincerely fulfilled her duty as a wife. While coming back, she remembers seeing Song Mi-ryung that day visiting the place. She goes to ask Chan-woo’s dad about her address. He tries to stop her but fails.

Soon-shin goes for an afternoon class to Mi-ryung’s house. Yi-jung skips the class by making the excuse of being sick. Mi-ryung is surprised to see that Soon-shin behaved exactly the same way while enacting one of her old movie scenes as she herself did years ago. She is happy and asks to have wine with her.

Door bell rings and Soon-shin goes to open the door. She sees mom on the door security video and is shocked.