Today I’ll be talking about the everlasting Love Square or rectangle or quadrilateral of dramaland, whatever name you give it.

Love Square is the prerequisite of almost every drama out there in dramaland. Try to look at last ten years’ posters and you’ll know what I mean. Two guys and two girls. All playing this game of love that can include so many romantic and emotional shenanigans and hence give a nice foundation and basis for our drama people to form a story.

So we know in advance about who is going to be the main couple. The hero is arrogant and cold while the heroine is hardworking and cheerful with a good heart. The second male lead is always portrayed as the most caring and understanding person in the world. The second female lead is usually our hero’s first love and is bitchy and completely antagonistic.

Things are like this that the girls always prefer the bad guy and the second lead is there just to console and sigh with one-sided love. Whereas, the second female lead has nothing better to do except plotting against our love birds, and being utterly selfish and obsessive about the love she left years ago.

There is also a thing called ‘second lead syndrome’ attached to the dramas. People keep shipping for guy 2, all the while knowing that he will not get the girl but they can’t help it. Thankfully, I always root for the main pair, dunno why. There is only one instance in my two years of drama watching when I shared this syndrome and it was in Flower Boy Next Door, where my heart only went for Kim Ji Hoon. 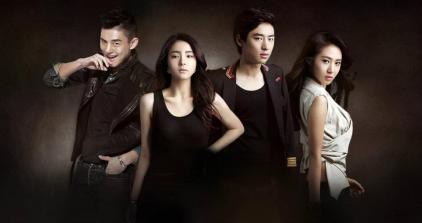 There are certain exceptions to this love square scenario:

With recent trend for more innovative ideas, it’s refreshing to see that now the dramas do take four leads but not necessarily romantically involved. And I’m glad that some even have two set of OTPs, and so everyone is happy in the end.

All in all, the love square is a very over used and clichéd plot thing but gives a lot of room for dramatic arc and can be/ has been used in all set-ups: spies, hospitals, schools, workplace, neighbourhood, film industry, anywhere and everywhere!! 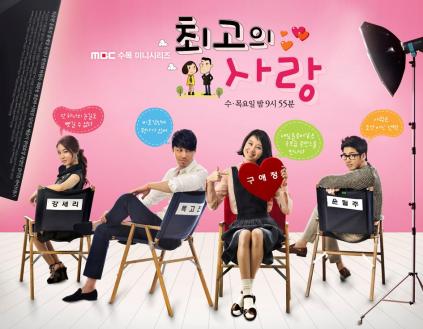 13 thoughts on “The Love Square”