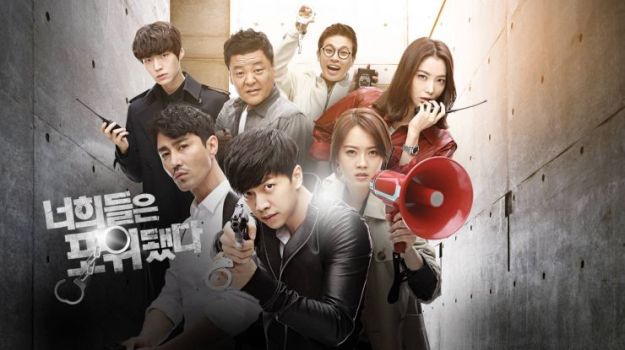 The new season of dramas has begun and although Big Man and A New Leaf have made their entrance, SBS dramas Doctor Stranger and You’re All Surrounded are both premiering next week. I’m equally excited for both — they are as different in terms of tone and story and genre as night and day. The former is looking quite dramatic and embedded with lots of fantastical story arcs, characters and treatment, even if the plot includes medical background. But we also have spies and intrigue and doppelgänger along side this dull theme which makes Doctor Stranger very appealing. We can’t actually predict what it has in store and I’m really looking forward to this mixture of romance, melodrama, action and suspense. My only request is to stay away from the medical-case-of-the-week trope. It will take the Monday-Tuesday slot and unless there’s a rock you’ve been hiding under, you must be knowing that the star cast consists of Lee Jong Suk, Park Hae Jin, Jin Se Yeon and Kang So Ra. The poster for the show has a slight resemblance to 49 Days poster with each character’s face being shown in an uneven pattern with a portrait-like feature. The added colors in Doctor Stranger‘s poster give it a refreshing quality. And I’m loving Lee Jong Suk with his perms!

Can’t believe that Three Days is ending this week as it looks like yesterday when it aired its first episode. Anyway, the baton for the Wednesday-Thursday slot is being passed to action-comedy You’re All Surrounded with Cha Seung Won, Lee Seung Gi, Go Ara, Oh Yoon Ah and Ahn Hae Hyun. This show looks like a fun ride with perfect balance of emotions and comedy with dash of action and thrill. I love the ensemble cast and can’t wait to see the strict leader-careless rookies dynamics. The posters are just what the drama promises — hilarious and light-hearted hijinks. With these two shows and A New Leaf, I think I’ll be really busy for the coming two months, quite opposite to the previous drama season when I was watching only a single drama. Let the fun begin! 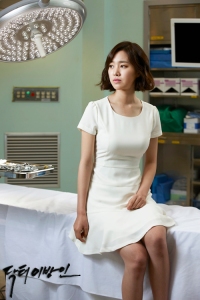 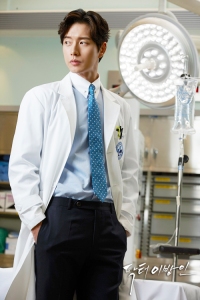 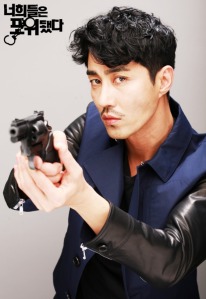 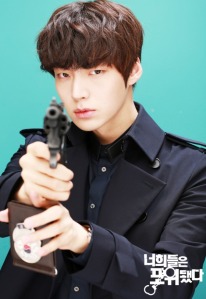