My Liberation Notes left me with mixed feelings. I loved a lot of things about it but by the time it ended, it felt like the journey was not as fulfilling as I wished it would be. It beautifully depicts the everyday lives of a common man – a delineation of the ordinary and mundane life.

The drama is about three siblings who live on the outskirts of Seoul and how this distance from the city affects their lives. We are witness to their journeys, as we see their struggles and aspirations.

I think the drama is spot on with its slice-of-life depiction. It perfectly captures the essence of everyday life of a common man — we see the characters waking up, getting ready for work, travelling through busy trains to the city, working in office, gossip among coworkers, coming back all tired from work and finally having dinner at home. And repeat. It’s so relatable. The drama tenderly suffuses the hustle and bustle of an uncaring cityscape with the warmth of minute quotidian details.

It also sometimes finds humour in everyday life, in what seems like regular situations. The film probes the regrets, struggles and ambitions. Each of the aforementioned siblings is dissatisfied with their current situation. The distance from the city affects their lives differently. It affects their love relationships, their career choices, the mundane circumstances or life in general.

The show has an introspective vibe which is soothing and makes it a refreshing entry in the landscape full of loudness and style. I loved the natural dynamics that siblings have – they don’t really express the love but you can feel it in certain situations. I loved how relatable their family life is through the moments in their home. The show depicts finding joy and happiness in little moments in life. The characters are in a much better place by the end and that’s certainly a satisfying thing. I wish I could feel it while I watched the drama rather than just seeing it in the end – more on this later.

I LOVED the concept of Liberation Club — so unique and amusing. I enjoyed their sessions. The members were delightful and their insights were really poignant and thoughtful.

The drama also imbibes romance through multiple couples. It’s sometimes beautiful in its simplicity for some people and profound in its complexity for others.

The cinematography is beautiful and soothing, and the music is lovely and poignant.

Kim Ji Won stars as Yum Mi Jung, the youngest sibling who is an introvert. Gradually we see that she’s actually a sassy and eccentric person. She is tired of dating jerks and wants a lover who worships her and loves her unconditionally. She wants liberation from the uneventful life. I do think the whole “worship” thing gets too much as the drama progresses. 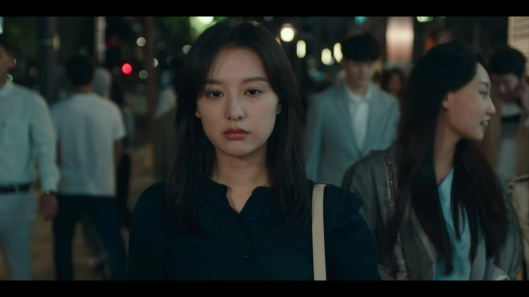 Yum Ki Jung (Lee El) plays the eldest sister who is short tempered and is looking for love in her life. I was not exactly a fan of her. She is surely flawed and I’m not sure if her character changed much by the end. I did find her funny and cute at times but overall I had difficulty in understanding her completely. 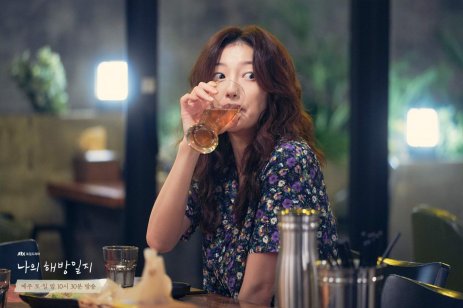 Lee Min Ki plays Yum Chang Hee, the second sibling who lives a meaningless, aimless life and craves the excitement of city life. I found him very funny. I loved how he was coloured as a simple minded person and I found his amusement with Goo very adorable.

Then there is Mr. Goo, played by Son Seok Gu, who is a mysterious man working for the family of the three siblings. He lives on the outside premises of their house and is taciturn. I loved how slowly we see layers to him. I do have to say my interest in him reduced a lot after his gangster arc started. I also think the drama treats his alcohol addiction very lightly.

Lee Ki Woo as Jo Tae Hoon is a really sweet character. An introvert himself, I liked his arc as a single father — the struggles that come with it. Then there is Jun Hye Jin as Ji Hyun Ah, a friend to the siblings. I did like her in the beginning but I was mostly annoyed by her by the end — she is sassy and bold but I didn’t really understand her motivations properly.

The parents are so real — a strict father and a warm, affectionate mother.

I also liked Chang Hee’s friends. Their moments together, so candid and honest, were one of my favourite things. Especially Han Sang Jo as Oh Doo Hwan is so cute and funny.

Mi Jung and Goo start off as strangers living in the same premise but once Goo gets involved in Ki Jung’s personal problem — ironic because his status of an outsider leads to this — they become closer gradually. I enjoyed their unusual conversations and that also leads us to understand that both are a lot more than what we initially thought about them. The chemistry between Kim Ji Won and Son Seok Gu is natural and amazing. I did get annoyed with the whole worship thing as episodes progressed and the relationship lost its charm once Goo goes back to his old life. It became more and more confusing and boring.

I loved Ki Jung and Tae Hoon’s relationship development. From their first rough start and impression to the time they started dating. But even in their situation, it got weird by the end. They were still cute though.

I had high hopes for growing bond between Chang Hee and Hyun Ah but that arc is not handled well and became very disappointing.

My Liberation Notes started off with an interesting concept, but the drama just didn’t know what to do with it after a while. I wanted to feel the change within the characters  — I was waiting for that “wow” moment but it never happened and when it did, it felt abrupt.

The characters talk with so much philosophy that it gets tiresome at times. And it’s more words than actions, Even the philosophical monologues or dialogues don’t really mean anything sometimes.

We reached a certain point for our characters in the end but it didn’t feel earned. The whole drama once Goo shifts to Seoul, into his old ways and life, becomes ineffective and tedious. That whole gangster arc is very poorly done and it becomes difficult to understand its motivations.

The Liberation Club gets very little screentime — it’s funny because the title of the drama is based on it. And the sessions were really delightful and one of the best parts of the drama. I was wholly let down by lack of highlight given to it.

Sometimes the show felt like a whole lot of nothing. Too many repetitive dialogues. I did not mind the slow pace in the beginning but by the second half, it was just dragging.

My Liberation Notes has a winning ensemble of actors!

Kim Ji Won is awesome – so subtle but occasionally fierce too. Son Seok Gu gives an impeccable performance — his silences give meaning to the inner turmoil his character is feeling, Scene stealer for sure! Lee Min Ki is cute and funny and infuses his character with simplemindedness as well as depth. Lee El is a natural performer, easily bringing the perfect shades to her role. Lee Ki Woo leaves an impression too. Park Soo Young as third member of the Liberation Club is perfectly cast. Lee Ji Hye as the office club coordinator is outstanding.

My Liberation Note works like magic for most part but somewhere down the line, it becomes repetitive and somewhat a whole lot of nothing.