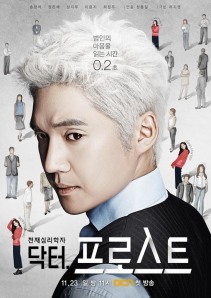 After spending nearly a month with almost no dramas (I dropped My Lovely Girl — one of the dullest dramas I’ve ever seen), I’m now rewarded with a deluge of them. I want to watch each of the latest shows and some from the upcoming lot. Liar Game, Misaeng, Pride And Prejudice have already started airing (so many episodes have lined up!) and this month of November will see the premieres of two weekend shows that I’m anticipating with interest — Birth Of A Beauty which will air from tomorrow on SBS as the new Saturday-Sunday drama following Endless Love (which didn’t garner good ratings or reviews) and the other one is Dr. Frost which hits the airwaves on Novemebr 23 — on Sunday as once-a-week series on OCN.

Birth Of A Beauty sounds like movie 200 Pounds Beauty as its central theme is about an overweight girl who gets plastic surgery to take revenge. I enjoyed that film a lot and even when the main plot seems to give importance to outer beauty, I think it had enough matter to also display that the inner person remains the same, whatever the appearance might be. Anyway, this story in one line can totally be presented as that of a makjang show, but here we are having a rom-com where Joo Sang Wook stars as the plastic surgeon who operates on heroine Han Ye Seul, In the process, of course they fall in love. Jung Gyu Woon (Romance Town) and Wang Ji Hye costar. I think Wang Ji Hye has been typecast in these type of roles but I did find her appealing in Protect The Boss where she played an innocent and funny second lead. Han Ye Seul returns to TV after 3 years as her last show was Spy Myung Wol that came in 2011. I think Joo Sang Wook really loved his comic turn in Cunning Single Lady as he is doing another comedy after that one in the same year. Birth Of A Beauty will be a short weekender and I’m excited for it as it looks like fun. Directing is by the PD of Midas and Giant and screenplay is written by writer of One Well Raised Daughter and Bride Of The Sun. 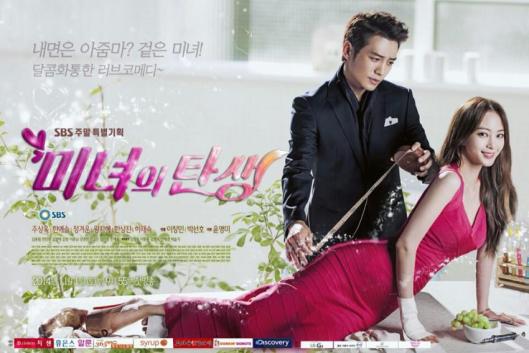 Next up is Dr. Frost which is a thriller about a psychology professor who uses his deductions and reasoning to solve crimes but himself is unable to feel emotions. Well this certainly sounds different from the usual crime thriller shows we see in dramaland about serial killers or investigative units. Song Chang Ui (Thrice Married Woman) headlines the titular role with Lee Yoon Ji (The King 2 Hearts) and Jung Eun Chae (The Women Of Our Home) in the lead roles. I like the cast and smaller length plus weekly run make it a convenient watch. Also Song Chang Ui looks good in that  silver/white hair that he is sporting here!

8 thoughts on “Two weekend dramas to start in November: Birth Of A Beauty and Dr. Frost”