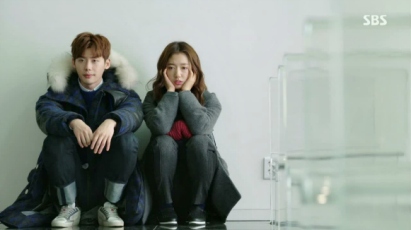 Pinocchio is a very warm drama that beautifully presents a good mix of idealism, heart and humour. Just like its writer’s previous shows Dream High and I Hear Your Voice. It garnered good ratings and although it didn’t become head-over-heels-in-love for me, I did admire it from start to finish.

The story is about reporters — righteous as well as practical. At the heart of the story is our hero Dal Po whose family gets destroyed due to an unfortunate incident where media plays a huge role to exacerbate the situation. His parents are dead and he gets separated from his older brother. He starts hating reporters and is adopted by a good-hearted man who thinks he is his long-lost son. He grows up along side his other son and granddaughter In-ha. The plot further takes him to the world of reporters where he himself becomes one, partly to clear past wrong blames that were put on his father and partly to take revenge from one reporter who was mostly responsible for his misfortunes. In the process, he learns what the duty of a true reporter is. In-ha has a Pinocchio syndrome where she can’t lie, otherwise she suffers from continuous hiccups. 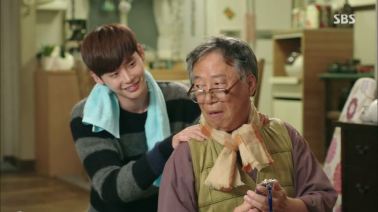 My most favourite thing in the show was the heartwarming family that contained Dal-po, In-ha, her father and grandfather. They share so much warmth and affection and their scenes always made me happy and contended. The scenes with In-ha’s father are specially funny and made me awww when he did anything that showed that he cares for Dal-po even if he never showed it explicitly. There is tenderness as well as humour embedded in this family set-up. Another thing that rules the drama is emphasis on ideal and moral values. Here we see forgiveness and determination, as well as what it is that a reporter should do when faced with dilemmas throughout his work life. I think the drama has successfully delivered to ask these questions and answer them as well. The emotions and relationships are authentic and touch your heart. There is an equal focus given to all the characters and each one of them, be it the side ones or the main ones, is nicely fleshed out.

In-ha is easily one of my favourite heroines and it’s great that she cannot do any noble idiocy as she’ll be caught instantly. She is brave and speaks her mind. She is also vulnerable and totally adorable when she acts like a baby. Dal-po is a well-developed hero as his journey goes through lots of highs and lows, until he finally learns what he truly wants in life. He is sweet, affectionate and warm. I love that there is a nice balance of seriousness and humour in the show. Coming onto our second leads, Bum Jo also has a nice arc where he goes from being a mama’s boy to becoming a determined person who wants to choose the right path. Yoo Rae is such a funny character. I loved everything about her and the unexpected love line (if we can call it one!) between her and Gyo Dong was one of my favorite things in Pinocchio. Gyo Dong remained mature and considerate throughout the show and I liked him a lot. The whole team of reporters of both rival channels provided lots of comic moments and is well-written. In addition to this, I appreciate that I never felt annoyed with our heroine’s hiccups which could have irritated me if not properly played out. 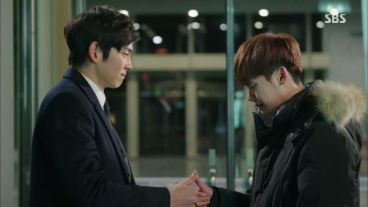 Another great emotional connection I had was with the relationship between Dal Po and his older brother, which provided fabulous and heartfelt touching moments in the show. There was certainly a dichotomy when it came to hyung as he was this warm, caring, kind-hearted person and a killer on the other hand. But I can see where his both traits were coming from and it also completed the picture of how the two were different with their ideas of reactions and revenge. But this strong relation was what took away the punch from rest of the show as the union and confessions happened quite early on which then left the show with things that were not as impactful as this one. The final showdowns lacked steam and I wasn’t invested on an emotional level. It didn’t help that the drama was longer than necessary. This isn’t to say that it dragged because things were interesting and enjoyable enough. Also, there was this section in between where the main couple broke up and then patched up, which was another thing which didn’t make complete sense. I loved the couple which was as sweet as the perfume of roses and more adorable than puppies and kittens but I was never in that state of ‘hopelessly in love’ with them or the drama as a whole.

One of the things that took some points away from Pinocchio was the abundance of coincidences! There were too many to find everything believable and convincing. A minor but jarring thing was the use of toilet humour, which is my biggest pet peeve. There was no need to use it this many times. Also, I wanted something better for hyung and his overall arc in the end as he lived a very pitiful and tragic life, but that didn’t happen. There was also untapped bromance potential between Dal-po and Bum-jo.

Lee Jong Suk is warm and charming as our hero but there were lots of instances where I felt that the effect was quite similar to I Hear Your Voice, not really a bad thing. Park Shin Hye is sparkling and breathes life and energy to In-ha. The chemistry between Lee Jong Suk and Park Shin Hye is soothing, warm, cute and natural. Lee Yoo Bi shows good comic skills. Kim Young Kwang was cute but not every impressive. Lee Pil Mo is great in his understated performance and Jin Kyung gives an impactful performance. The supporting cast is excellent. Yoon Kyun Sang makes a solid impression.

Overall, Pinocchio is one of the well-made shows which has potential to make you fall in love with it but somehow that impact is missing in the picture.