The King: Eternal Monarch is a classic case where the combination of hottest stars, magnificent sets, production quality, intriguing premise and top writer doesn’t result in a satisfying ride. One of the most anticipated dramas of the year, it fails big time in terms of writing and execution. Of course, there are some good bits and pieces but that doesn’t outweigh the numerous shortcomings.

The show depicts parallel worlds — one is the Kingdom of Corea where monarchy exists and the other is the Republic of Korea, which is what we have in real life. The story is about how the King (Lee Min Ho as Lee Gon) from the Kingdom prevents his uncle and traitor (Lee Jung Jin as Lee Rim) from causing trouble to both the worlds. In his quest, he travels between the worlds and meets a detective in the Republic (Kim Go Eun as Jung Tae Eul) and falls in love with her. 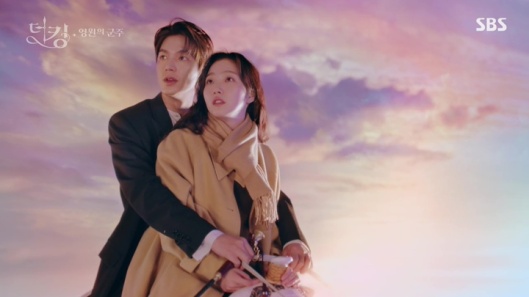 The story had a lot of potential. I did like how the worlds were drawn — two different constitutions and culture, people having counterparts in both the worlds with same face, the enigmatic villain replacing people with their doppelgängers, and the multifarious characters. And some of these scenarios were quite interestingly played or at least started in a compelling way. But soon it started to feel as if the plot was all over the place — there were no rules of the fantasy world and the rules kept on changing conveniently. It felt as if so many threads were made and discarded as the drama progressed. The show does not have much logic or explanation and it’s funny how most of the questions have one answer — destiny.

Lee Rim started the interchange of people from one world to another and we kept on waiting for understanding the purpose of this elaborate plan of so many years and hundreds of people, but ultimately it didn’t feel as if he needed that many years or people to implement the coup. In fact, he could have just chosen a select few players and his work would have been done. The Prime Minister’s counterpart was killed without any reason, that pregnant lady didn’t serve any purpose, who was that little kid with so much power, why the world became parallel after certain period of time, how come hundreds of worlds were never mentioned till the last episode, how the main couple was able to return to its respective worlds if it was randomly landing on any of the various timelines or worlds— I can go on and on.

And don’t even get me started on the time travel confusion! It’s an endless loop that can only cause headache! I have seen my fair share of movies and TV shows that require lots of exercise from the grey cells but The King: Eternal Monarch is not one of those as the writing is not clear or complete. It keeps on changing conveniently.

The pace is quite uneven and the editing is not upto the mark, giving a feel of random scenes inserted in between. There is lack of coherence in overall story. Too many characters that don’t add value to the plot. And oh the product placements! They are endless and sometimes it looks like we are watching an advertisement rather than a drama — yes, they are that blatantly obvious! 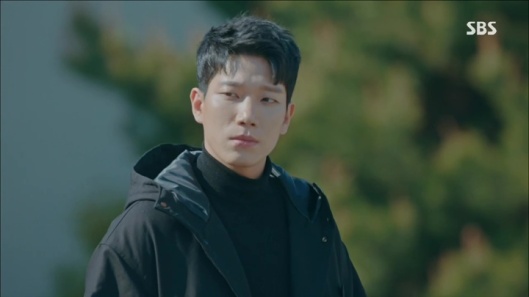 My complaints would give an impression that I disliked the show, but there are certain things that I did like about The King: Eternal Monarch. I wanted to know more and more about this universe and how the story unfolded. Whenever the focus was on anything other than the love story, the drama was more engrossing. Also, the overall enjoyment is not that bad as my expectations were already low. I actually laughed at the craziness or inefficiency of it sometimes, which added to my enjoyment factor.

Talking about characters, our main hero is a gentleman and I like that he is understanding and supportive. But I do think that he is made such an intelligent person that I didn’t see even a single shock on his face throughout the drama regardless of what he hears or finds out. It is kind of disappointing. He talks about all the bizarre and fantasy elements so easily as if he is talking about the meal of the day. I get that he is a mathematician with high IQ but still. He seems invincible, in brains and brawn, but that makes him uninteresting as well. Our heroine Tae Eul is a hard working and intelligent cop but by the second half of the drama, it felt as if she just makes random emotional decisions. And cries A LOT. The romance works at lightning speed and the feelings are being told rather than us feeling the emotions along with the characters. Oh the over-the-top melodrama!

Lee Min Ho and Kim Go Eun both don’t leave much impression in the drama. They look great but are saddled with one dimensional roles that don’t leave much impact. The chemistry between them is just okay, and does not get any help from the boring and repetitive screenplay.

Kim Kyung Nam shines as Kang Shin Jae, showing a lot of depth and emotions. Woo Do Hwan provides double awesomeness as the funny Jo Eun Sup and serious Jo Young. The bromance between the two double roles as well as between him and the King is great. I also loved the relation between head court lady and Lee Gon and it’s a joy to see Kim Young Ok in this role. Jung Eun Chae is really good as the Prime Minister but it’s hard to take her seriously when she acts as a teenage character from Gossip Girl.

I did like how everyone’s story ended. At least that made some sense within the confusing and unclear world of The King: Eternal Monarch. Lee Jung Jin is charismatic and excellent as the main villain. I cannot say much about Lee Rim though as the character was kind of one-note.

All in all, I give credit to The King: Eternal Monarch for trying something new and ambitious even if it’s not handled well. Keep the expectation meter low and you might find something to enjoy here. Just don’t try to use your brain! 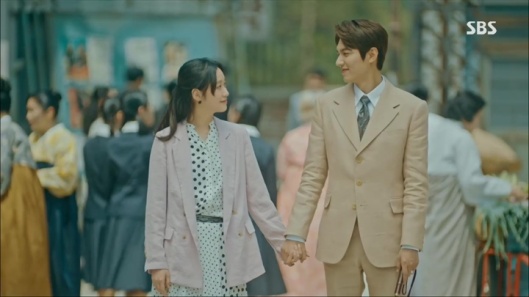