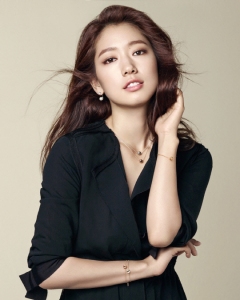 Let me first get the disappointing things out of my system. First, it’s a medical drama which is a genre I’m as interested in as I would be in watching grass dry. And secondly, the title! It can’t get more obvious than this. But then you sign on Kim Rae Won (my first love in the land of Korean films and dramas) and Park Shin Hye (one of the actresses I’m really fond of) and how can I not get excited and interested, despite the aforementioned downside? At least the plot has a heroine with something different in the form of her past. Doctors is about, well, doctors where the heroine is a smart doctor who doesn’t trust others easily and she was a bully in her high school. She shuts her heart and has scars from her past life. I like this role reversal as we always see our heroes exhibiting such traits. The show will be about her growth as she meets a mentor, played by Kim Rae Won. I didn’t see his last drama Punch, but I know that role was dark and serious and I’m happy that this time he is taking up the role of a neurosurgery expert who has a warm and outgoing personality. Kim Rae Won is so awesome in warm, sweet, charming characters (see My Little Bride, My Love Patzzi, Gourmet). I never thought that these two actors would pair up but I’m happy for this casting. Another heart-throb Ji Soo (Angry Mom) has also been cast as a guy who had a one-sided crush on our heroine during their youth. Kim Min Suk (Descended From the Sun) plays another neurosurgeon who has a crush on our heroine. Then there are some actors who are considering Doctors — Yoon Kyun Sang might reunite with Park Shin Hye after Pinocchio as a chaebol heir who is also a doctor and falls for her, with Lee Sung Kyung (the super annoying Baek In Ha from Cheese In The Trap) as Park Shin Hye’s rival. Basically the drama is full of men who are falling for the leading lady. I just hope Doctors won’t go for tired love squares and pentagons.

Doctors comes from the screenwriter of Can We Get Married, High Society and Warm Words and is slated to follow recently premiered Jackpot on SBS.