More often than not, the sequels or prequels or season extensions tend to disappoint, or fail to meet the expectations of an acclaimed and beloved movie or TV show. Forest Of Secrets (aka Stranger for Netflix viewers) aired in 2017 and it was a tall order to match its stupendousness. But the second season proves to be an exception by taking the praiseworthy elements of its predecessor and being a worthy story in its own right.

The second season places the conflict between the prosecutors and police force on investigative rights at its focal point. As opposed to the first installment, this time we see our players getting involved in multiple cases that once again demonstrate the varying degrees of righteousness and corruption in the system.

Forest Of Secrets 2 introduces a few new characters along with the original players. It’s great to meet the old bunch who retain their original personality but also change a bit as we all do with time and new experiences. The new characters are also written with depth. The season is deft enough to retain the basic feel and elements of the first but never feels repetitive, taking new approach and discussions. 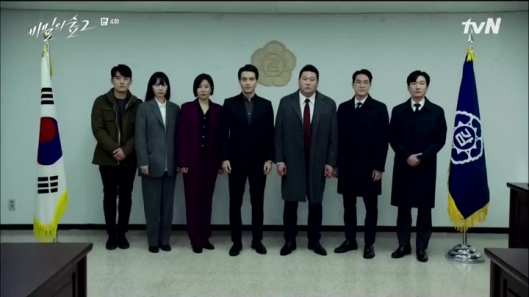 I have to admit that I was not too enthralled by the drama during the initial episodes. It was still good, but I felt as if there was lack of cohesiveness as to where it was leading. Also, the Hanjo narrative seemed too dull and boring to grab my attention. I also missed the investigator duo Shi Mok and Yeo Jin. But as the show progressed, things started making sense and also my interest level went from low/medium to very high. What I love about this series is that despite having a mystery genre and investigation at its core, it never relies on big reveals or twists to make the plot engrossing. It’s more about the characters, conversations and thoughtful approach towards the system of power, ambition and corruption. There are no stereotypical characters or situations. Everything and everyone is sketched with nuances and flaws. There is no dearth of emotional moments in the drama as well. 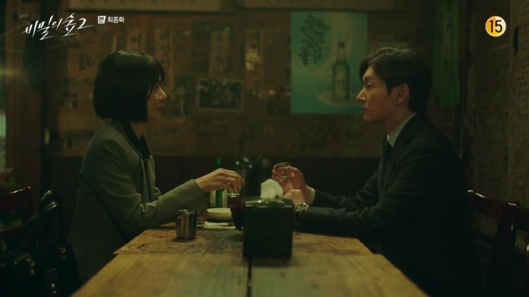 The discussions on the conflict between the police and the prosecutors raise important questions. All the cases are interlinked with this friction. As per series’ modus operandi, there is no concrete conclusion — it’s an ongoing process to make things right and let justice win, one step after another. The investigations are gripping and intelligent.

This season finds Hwang Shi Mok again at odds with his seniors, colleagues and those in power due to his relentless pursuit for truth and justice. We also see the minute changes in how he expresses his emotions this time. We all know how much Han Yeo Jin enjoys her field work but now transferred to a ‘desk job’ profile, she subtly craves for the good old days. These two create magic when they are together, be it work or some small moments of relaxation. They work in perfect sync with each other and their mutual understanding and respect is amazing.

Among the new characters, Choi Bit and Woo Tae Ha are quite interesting. Choi Bit brings a difficult combination of right and wrong. Woo Tae Ha is short tempered and self-righteous. I admired the dynamics between Yeo Jin and Choi Bit. The whole Hanjo storyline was underwhelming for me. Yoon Se Ah as Lee Yun Jae is really good but the character and related plot didn’t capture a lot of my interest.

Although we have reached a certain conclusion but there are enough open threads to hope for a third season.

BOTTOM LINE: Forest Of Secrets 2 accomplishes the difficult task of meeting the expectations after its brilliant first installment (with some quibbles during the first half). It gives us a strong story and performances to savour. Also, it has 1-hour episodes — a rarity for tvN dramas!

(My review for the first season of Forest Of Secrets / Stranger / Secret Forest is here.)