Another daily drama alert! KBS is brining Strange Family this coming week on its Monday-Friday schedule and the show stars Lee Shi Ah, Kim Jin Woo and Gil Eun Hye (Orange Marmalade) in the lead roles. Interestingly, the two main leads Lee Shi Ah and Kim Jin Woo have previously worked in same dramas She’s So Lovable and Remember (though she had a cameo in the latter) and now they will act opposite each other. I liked him as the cheeky and funny actor in Queen In Hyun’s Man and good that he has now bagged a main role here. The drama will revolve around two girls who have different dreams. Lee Shi Ah plays a country girl who wants to work for rural community while Gil Eun Hye plays another one who is glad to leave her hometown and she wants to be a Cinderella, whatever that means. The show will be about how their lives get affected once they come to the city of Seoul.

Since the title has family in it, I’m assuming that despite a somewhat different premise for a daily, we’ll eventually reach to the point where family shenanigans will be shown. Well, it’s a daily drama after all. The drama is slated for 100+ episodes and is helmed by the PD of The Eccentric Daughter-in-Law and A Good Day for the Wind to Blow. Writing is by different writers — one of daily Love, My Love and the other of Sweet Secret, which was another daily drama.

I’m never keen about watching daily soaps due to long length and more importantly their stereotypical storyline and characters and the plot which keeps on dragging. But many viewers love them for what they are and I hope Strange Family lives up to their expectations! 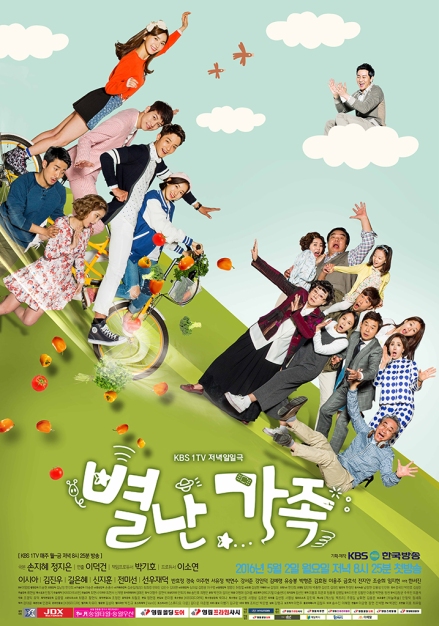