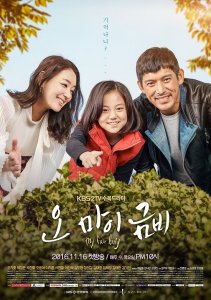 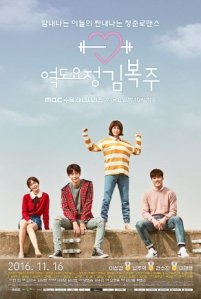 This is that special date of drama calendar when three dramas are premiering on the same day. The new crop for the latest Wednesday-Thursday slot includes Legend Of The Blue Sea on SBS, Weightlifting Fairy Kim Bok Joo on MBC and Oh My Geum Bi on KBS. I’ve already talked about the most hyped Legend Of The Blue Sea, so it’s time to have a look at the rest.

Oh My Geum Bi sounds like a heart-tugging drama as the story is about a 10-year-old girl who is suffering from dementia, which means she is losing her memories. Heo Jung Eun (recently seen as the cute princess in Moonlight Drawn By clouds) has been cast as the titular Geum Bi and Oh Ji Ho (My Little Baby) plays her father. He is an unsuccessful conman who later finds out that he has a daughter. In the reverse scenario, it is the daughter who makes him learn and grow in life. Park Jin Hee (The Woman Who Still Wants To Marry) is our heroine who plays a lonely researcher while Oh Yoon Ah (Incarnation Of Money) plays Geum Bi’s mother, who is a cold woman. Although the premise looks like a sad one, the drama promises to be a poignant but cheerful story about family love. 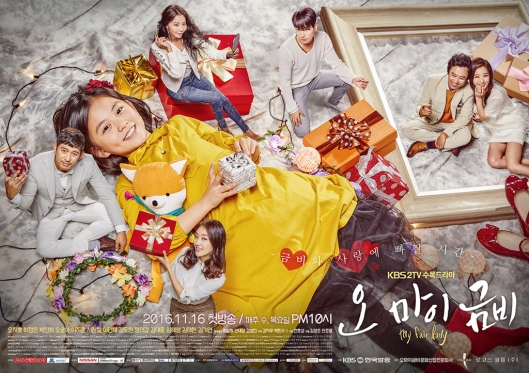 The third show to premiere today is Weightlifting Fairy Kim Bok Joo. It’s a youthful and uplifting tale of a girl who aspires to become a weightlifter. Lee Sung Kyung plays the titular heroine (isn’t it great that we have two shows where title roles are played by female characters!) and yes, it will take some effort to imagine her as a weightlifter. I really liked her in Doctors (despite having a bad first impression as her character annoyed me in Cheese In The Trap). She will reunite with Nam Joo Hyuk after CITT as he plays a swimmer here. Lee Jae Yoon (Oh Hae Young Again) plays his cousin, a former swimmer who is now a doctor. The drama is set in a college campus where we see the growth and dreams of different athletes, as well as their love and friendship. I’m liking the fresh, soft and exuberant tone of this drama. Plus, we don’t have many sports dramas, so it’s already a refreshing factor working for it. 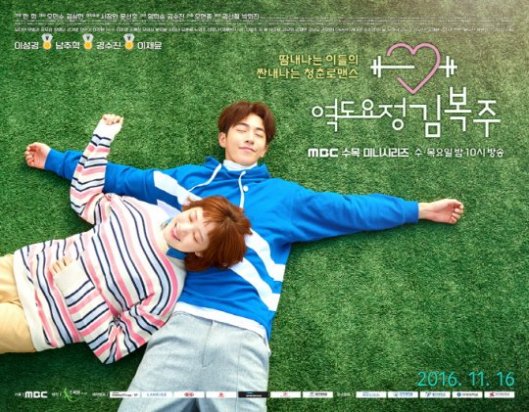 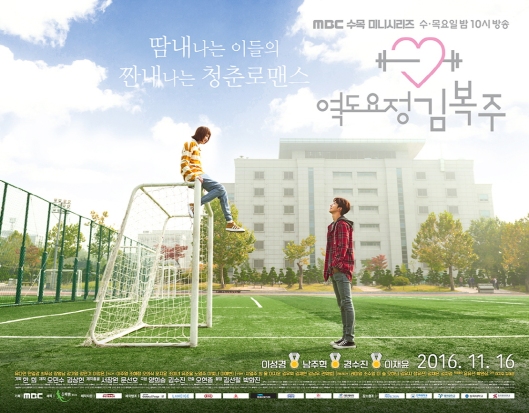