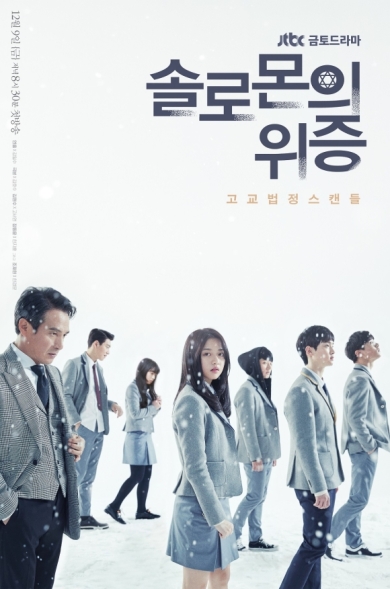 Oooh…this one looks dark and bleak! Solomon’s Perjury is the new Friday-Saturday drama for JTBC, premiering this week and it is based on a bestselling Japanese novel. It tells the story about a school where a student’s body is found on a wintry Christmas morning. Police claims it’s suicide but one of the students receives an anonymous letter which states that it is actually a murder. When no one provides any answers, the students decide to take the matter in their hands and conduct an independent trial. Kim Hyun Soo (the actress who played young Chun Song Yi in You From Another Star) plays a model student while Jo Jae Hyun (Punch) plays school’s legal counsel.

The tone of the show looks very dark, cold and serious. But intriguing. It becomes especially dark when a crime story is set in a school backdrop. The added chills of winter provide another eerie factor. The drama is directed by the PD of Jeon Woo Chi and is slated to have 12 episodes in total. 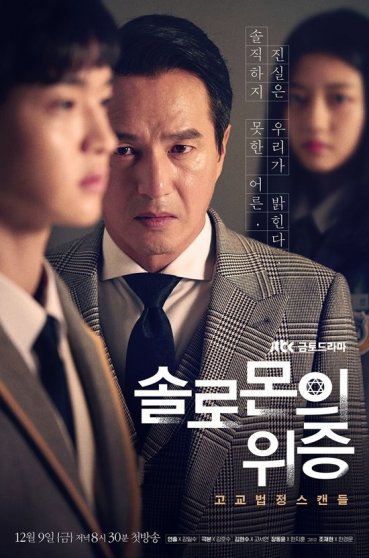 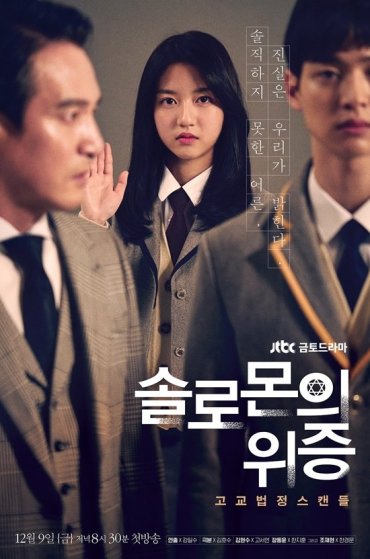 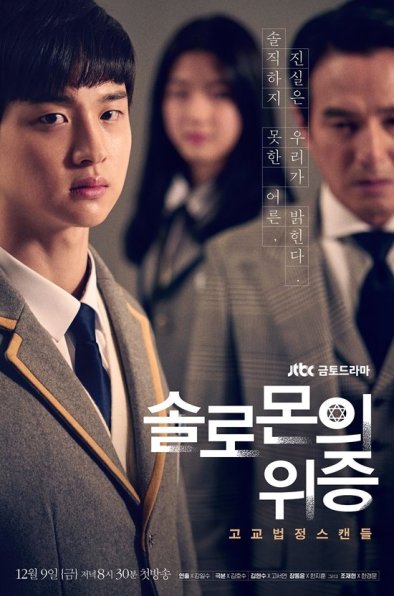