I’m eagerly waiting for the premiere of Strongest Deliveryman, which begins this week on 4th of August, in the new slot of Fridays and Saturdays for KBS, which till recently was home for universally loved The Best Hit (can’t wait to start it as well!). The drama tells the story of deliverymen and women who work so hard in their jobs and face harsh realities of life with high hopes and determination. Go Kyung Pyo (Chicago Typewriter) plays such deliveryman who is passionate about his job and Chae Soo Bin (Rebel: Thief Who Stole the People) plays a delivery woman who is efficient in her work but mainly because she wants to make money. I love the perms of our hero which make him look cuter! Then there are Kim Sun Ho (Chief Kim) and Go Won Hee (The Time I’ve Loved You) who play second leads and the requisite rich characters in the drama.

The posters are full of upbeat air as we see the four leads on a motorbike. Really love the innovative style of this one. Then there is another poster featuring the main couple where Go Kyung Pyo looks adorably at Chae Soo Bin. Aww. I’m getting a vibrant, feel-good vibe from Strongest Deliveryman which also seems to be having the inspiring elements of an underdog story. It is the first leading main role for Go Kyung Pyo and I’m so glad that he finally got it, having shown immense depth in his acting through variety of roles, comedy, emotional, romantic, in the past.

For the basic information — Strongest Deliveryman has direction by the PD of Ohlala Couple and Fugitive Of Joseon, with writer of Joseon Gunman penning the script. 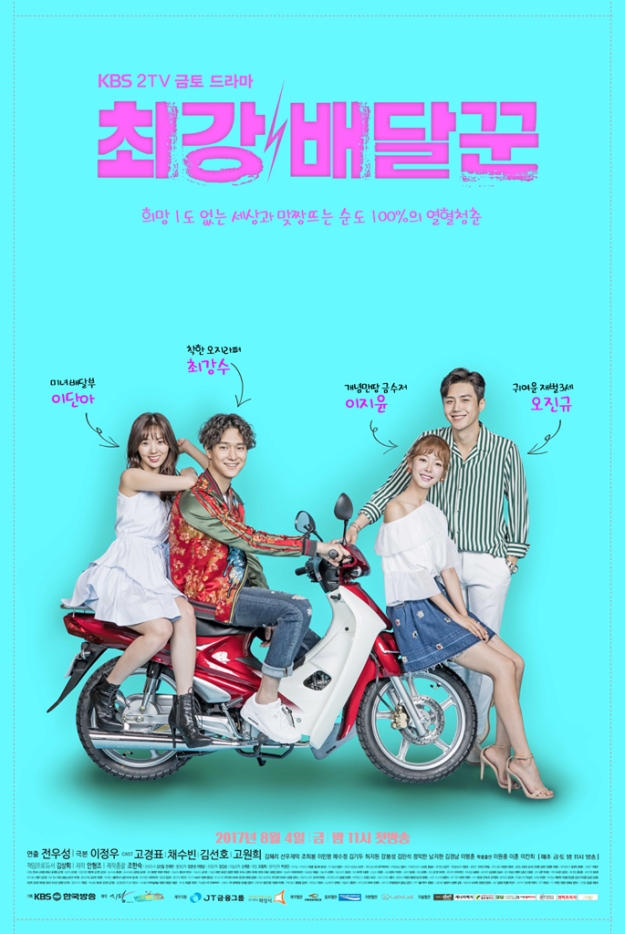