I so wanted to complete the first season of Mystery Queen before its second season, a 2017 drama that is universally loved with an added line ‘despite its flaws’. Sadly, busy life did not allow me to watch it but I did start the drama very recently and hopefully I will be able to catch up on soon enough to board the second season train which is starting tomorrow on KBS. The show garnered many positive reviews and ratings to develop a second installment so soon which will continue from the previous one. It is a story about a woman who becomes an amateur detective (her interest increased after being an avid mystery novel reader) and teams up with a police detective and solves cases. The current season brings back old faces of main leads Choi Kang Hee and Kwon Sang Woo with new cast including Kim Tae Woo (God’s Gift 14 Days), Lee Da Hee (I Hear Your Voice) and Oh Min Suk (Misaeng). Mystery Queen 2 has the same writer while the show has a new PD this time who has dramas like Chief Kim and Assembly under his belt. The show will be a Wednesday-Thursday drama and follows fantasy Black Knight. We have not seen a lot of season formats in K-dramaland and it will be interesting to see how this one fares. 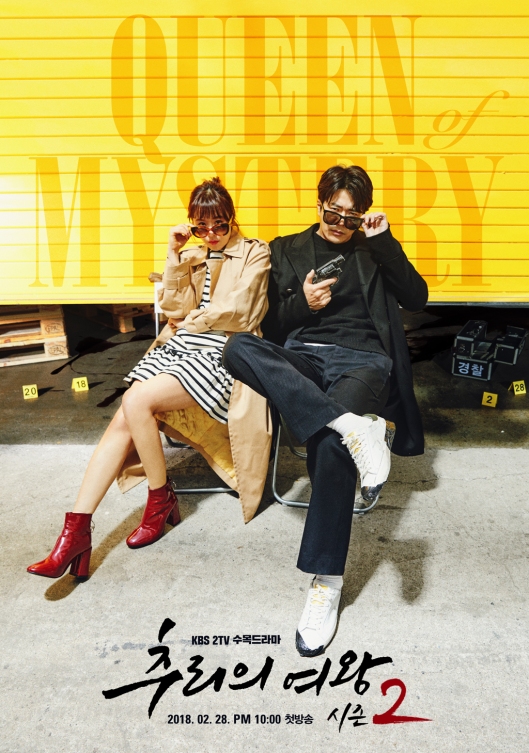