I’m totally bright-eyed and bushy-tailed for the upcoming tvN romantic comedy What’s Wrong With Secretary Kim (also, Why Secretary Kim). It has got perfect rom-com leads in Park Seo Joon (Witch’s Romance. She Was Pretty, Fight My Way) and Park Min Young (Sungkyunkwan Scandal, City Hunter, Healer) who have shown enough acting chops in the genre to give us hope for a bubbly, likeable and fun ride. Furthermore, the show has the PD of quirky rom-coms attached with it — Let’s Eat franchise and Because This Life Is Our First (I so loved the latter, haven’t seen the former). So freshness in the execution is something I’m looking forward to. The drama is based on an eponymous 2013 novel.

Park Seo Joon stars as a narcissistic boss to Park Min Young’s super efficient secretary. After 9 years of working together, she suddenly gives her resignation to finally live her life. This sends him into confusion as to why she did this and thus begins to do everything he can to make her change her mind. The story sounds like 2002 Hollywood movie Two Weeks Notice starring Sandra Bullock and Hugh Grant.

The drama stars Lee Tae Hwan of Father I’ll Take Care Of You fame as rival in love, playing Park Seo Joon’s brother and a bestselling author. Interestingly and awesomely, there is a High School King Of Savvy reunion here as Kang Ki Young plays our hero’s best friend and CEO of the company where everyone works (Both played Seo In Guk‘s best friends). They were together in W as well. Kpop group 2PM‘s Chansung (who has acted in shows like Suspicious Partner and Queen for Seven Days‎) and Pyo Ye Jin (Doctors) play other employees of the firm.

What’s Wrong With Secretary Kim premieres this Wednesday following very well-received My Ajusshi. I just hope the length of each episode is less than 1 hour considering it’s tvN where the length can sometimes stretch to close to 2 hours! 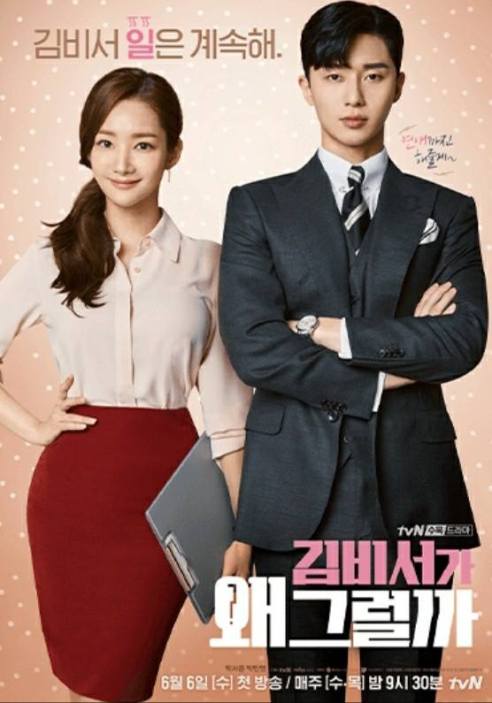 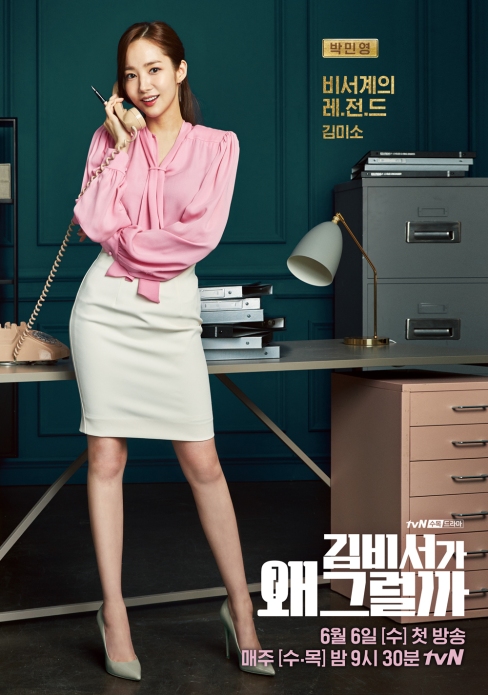