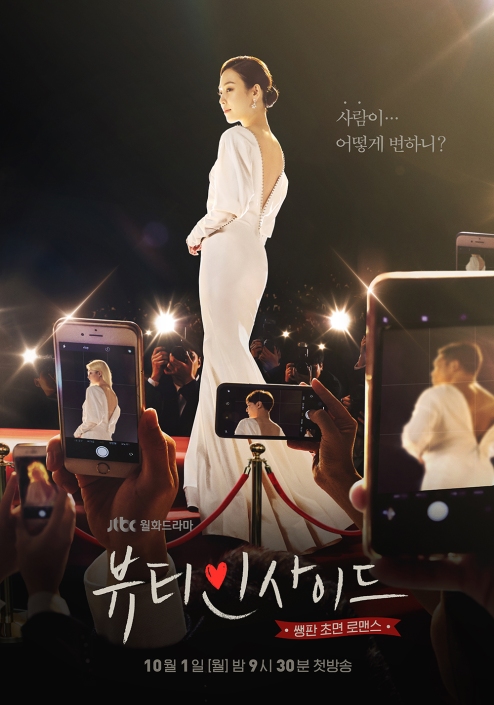 The major change in the plot of The Beauty Inside movie makes the drama a story of its own — the film had the hero change his face everyday but the small screen version has the heroine change her face once very month for a week. The show is finally making its entry today as it premieres on JTBC with high anticipation because of the original movie and the cast.

Seo Hyun Jin (Oh Hae Young Again, Temperature Of Love) plays an A-list actress with a mystery surrounding her, as she has to stay away for a week every month because of her aforementioned condition. Lee Min Ki (Because This Life Is Our First, Dalja’s Spring) plays the director of an airline who suffers from prosopagnosia, a condition when people cannot recognize faces. Lee Da Hee (I Hear Your Voice, Big Man) stars as his half-sister who wants to uncover our heroine’s secret and Ahn Jae Hyun (Reunited Worlds, Blood, You From Another Star) plays Seo Hyun Jin’s best friend, a very calm and peaceful person who knows about and protects her friend’s secret.

The Beauty Inside posters are very creative, with one showing different faces of Seo Hyun Jin through various cellphone screens. The other features our main leads with our hero’s hand on a man’s shoulder, who has a magazine hiding his face which has Seo Hyun Jin’s picture. The show has also confirmed a cameo by Kim Min Suk, thus reuniting him with Lee Min Ki as they both worked together in Shut Up: Flower Boy Band as well as Because This Life Is Our First. There will be special appearance by Kang So Ra (Misaeng) as well! The movie version had many cameos as the hero changed his face everyday, so I’m guessing the drama will consist of many guest appearances as well, if not as many as the movie. 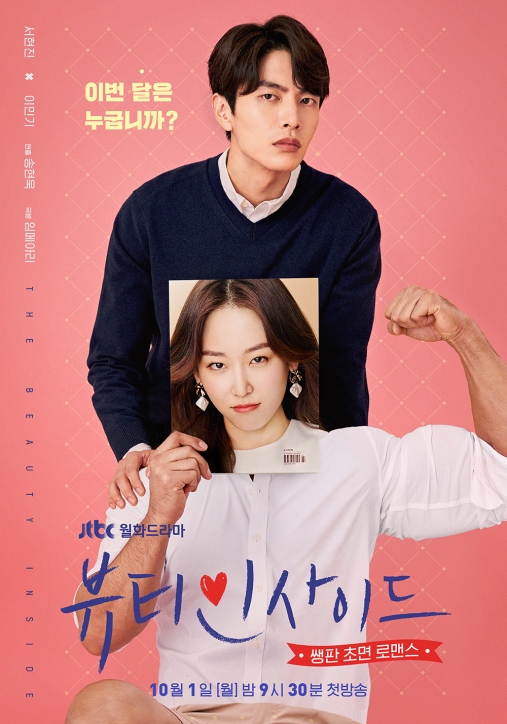