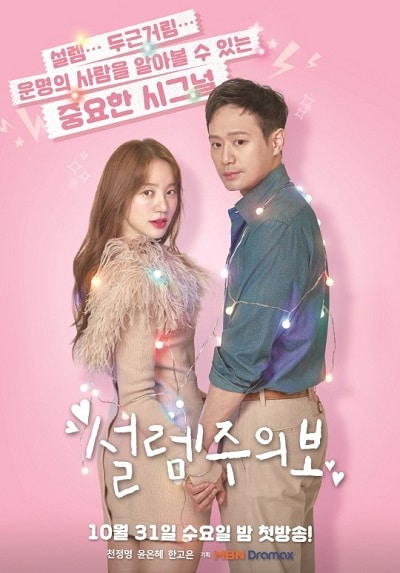 It’s very surprising that popular actress Yoon Eun Hye has not done any drama since 2013’s Marry Him If You Dare, that’s 5 long years! After huge success and popularity of Goong and Coffee Prince, both in South Korea and overseas, her following dramas were mostly disappointing. She was always charming and winning, and hopefully this time her comeback drama will be a winner. It will air on MBN in the slot of Wednesdays and Thursdays. It’s called Fluttering Warning and stars Chun Jung Myung opposite her. He was last seen in Master: God Of Noodles. I have yet to see him in anything, so maybe this drama will be the one.

The plot sounds nothing new as it is basically a romantic comedy about contract relationship. But if I know one thing by being a movie/tv/novel buff, it’s not to expect lots of new stories in romcoms. It is mostly about fresh execution, characters, chemistry and heart. And I love contract relationship love stories! Chun Jung Myung plays a dermatologist and Yoon Eun Hye plays a top actress. He is not interested in dating while she has not dated anyone due to certain rumours about her. They both somehow end up pretending that they are dating.

Fluttering Warning is based on a web novel and has various other titles on different platforms: Fluttering Alert, Love Watch and Love Alert. It premieres this week on October 31.