Korean dramas are known (and loved) for their one season, less-than-20-episodes (well, in most cases) format and it’s rare to see a drama getting more than one installment. Of course, there are exceptions like Let’s Eat, Rude Miss Young Ae, Mystery Queen, Vampire Prosecutor and God’s Quiz. The God’s Quiz franchise has a huge fan following and now it is coming with its fifth season as God’s Quiz: Reboot. It began in 2010 and is about a team of doctors and forensic scientists who solve mysterious events and deaths using science.

Ryu Duk Hwan (Miss Hammurabi) returns as the central character of Han Jin Woo who comes back after 4 years to work with the medical examiner office and tries to find out the truth behind a rare disease and mysterious crime. Yoon Joo Hee (Risky Romance) also returns as the detective working with him and Kim Jae Won (Let Me Introduce Her, May Queen) is a new addition to the cast.

God’s Quiz: Reboot has PD of Secret Of The Birth and Spring Days and writer of Vampire Prosecutor behind the camera. It starts airing from November 14 on OCN. 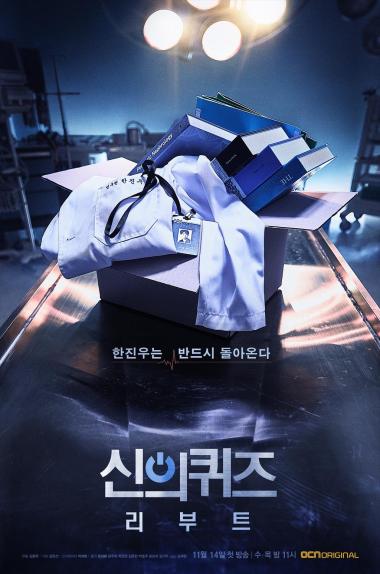