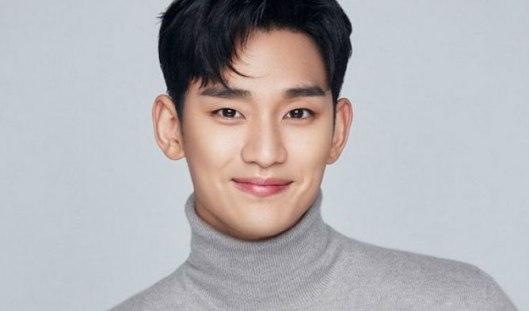 I’m super surprised that it has been more than 4 years since Kim Soo Hyun last did a TV drama! His last appearance was in 2015’s fun ride Producers. He was recently seen in a cameo role in Hotel Del Luna and now we have another guest appearance from him in upcoming episode of current hit Crash Landing On You. Yay! The show has already seen a cameo by Jung Kyung Ho.

I’m enjoying the drama a lot, it’s lots of fun and the romance is just the right balance of romance and comedy. I love the two main characters and Hyun Bin and Son Ye Jin are doing a fantastic job with a great chemistry. And I adore the four soldiers working with our couple. I do have to roll eyes over the stereotypical and over-the-top villains and heroine’s family back home but everything else is entertaining. I’m excited to see what role Kim Soo Hyun is going to play. He is reuniting with the writer as he has done shows My Love From Another Star and Producers with her.

The show’s episode 8 ended on a cliffhanger. Obviously since there are 8 more episodes remaining, our hero or heroine will find a way to come out of this impossibly dangerous situation. I admit being initially not much impressed by Son Ye Jin but I was won over by the second week. She is very charming here.

Crash Landing On You airs on Saturdays and Sundays, on tvN as well as Netflix.