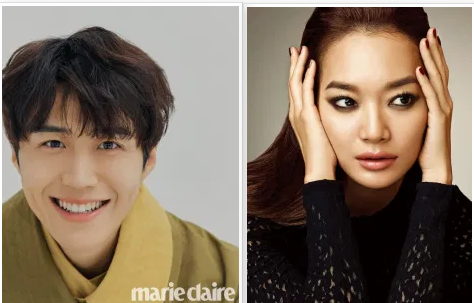 Two of my favourite Korean actors are teaming up for a romantic comedy drama! And I’m on cloud nine!

Kim Seon Ho and Shin Min Ah are confirmed for upcoming tvN drama Seashore Village ChaChaCha. The other titles for the same include Hometown Cha-Cha-Cha, Seaside Village Chachacha and Fishing Village Chachacha. As the name suggests, the show is based in the seaside village of Gongjin. Shin Min Ah takes up the role of a dentist who has everything but feels she has nothing. After she moves to this coastal area, she meets a man known as Mr. Hong. Kim Sun Ho has been cast to play this character who is basically unemployed but does all kinds of odd jobs across the town and is very helpful.

I’ve loved Shin Min Ah ever since I saw her in My Girlfriend Is A Gumiho — she was so adorable and cute in it, not to mention so gorgeous. I fell in love with Kim Seon Ho’s easy charm and natural acting in Start-Up, which also propelled him to huge popularity. I’m super excited for these two even if the story of Seashore Village ChaChaCha doesn’t convey much at this point. I’m guessing it will be an upbeat tale of love and healing with a soothing setting of a seaside village. The show is a remake of 2004 movie Mr. Hong that starred Uhm Jung Hwa and Kim Joo Hyuk.

Seashore Village ChaChaCha is penned by the writer of historical drama The Crowned Clown (2019) and is scheduled to air in the second half of 2021.