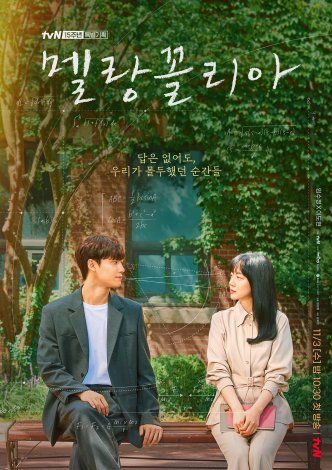 Powerhouse actor Im Soo Jung (Search: WWW, All About My Wife) and Lee Do Hyun, who gained huge accolades with his show 18 Again, are coming together for tvN drama Melancholia which starts airing today. The show is set around the corruption in education system.

Im Soo Jung plays a passionate mathematics teacher in a distinguished school. Lee Do Hyun plays her student, a former math prodigy who once went to MIT, who is now a loner and placed last in class. A rumour leads to her dismissal and the two leads meet years later to uncover the corruption in the school.

The drama is penned by the writer of shows like Cheongdamdong Alice and Hyde, Jekyll, Me, which don’t generate a lot of confidence in me. But he recently wrote Doctor John, which got likeable reviews. Plus, the strong star cast which also includes Jin Kyung of Pinocchio and Dr. Romantic fame.

Melancholia airs on Wednesdays and Thursdays.