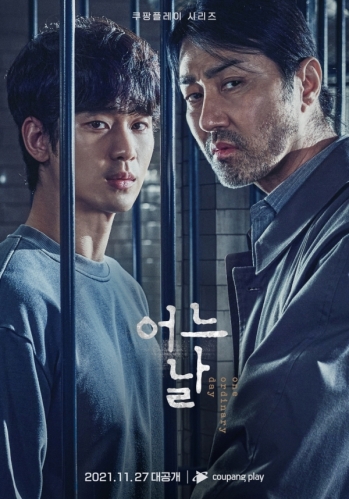 This sounds like a great team of actors. Cha Seung Won and Kim Soo Hyun are headlining Korean remake of 2008 British TV series Criminal Justice titled One Ordinary Day. The show has spawned multiple remakes in different countries like USA (The Night Of) and India (Criminal Justice). It is basically a journey of an individual through the justice system.

The Korean remake stars Kim Soo Hyun as a college student who gets accused of a murder. Cha Seung Won plays a third rate lawyer who is the only person who reaches out to help him. I like this premise with a potential for being a taut legal thriller and bromance. I love the actors and that’s definitely a plus. Kim Soo Hyun last appeared in It’s Okay to Not Be Okay, a show that garnered lots of love and Cha Seung Won’s last drama appearance was in 2017’s A Korean Odyssey.

One Ordinary Day is penned by the writer of sageuks Warrior Baek Dong Soo and The Royal Gambler. It premiered this week on November 27 on Coupang Play, and has a total of 8 episodes. It is the first drama to be broadcast by the South Korean e-commerce company.