I had to do a double take while watching episode 2 of She Was Pretty as the man I was about to swoon over turned out to be a lot different from what I thought during the premiere episode. I thought Sung Joon was a gentleman but actually he is more like a jerk. I got my first surprise when that elevator scene was replayed — it was Sung Joon who forced the other girl to go out of the lift but it was Shin Hyuk who welcomed Hye Jin inside the elevator. Later we see one scene after another displaying Sung Joon’s ill behaviour towards Hye Jin — calling her this and that and insulting her continuously. Okay, I get that he is tensed and all, but till now he has shown his good nature only towards Ha Ri — who he thinks is Hye Jin and that too because he thinks she is Hye Jin, his first love. So yeah, he has acted rudely pretty much with everyone else, but a lot more towards Hye Jin. I just wanted her to answer back but I know she is in a workplace and can’t do that. I’m currently not happy with him.

I do admit that I liked when he was little bit caring during the second elevator scene when he thought she is suffering from claustrophobia or something. Also, the way she was acting like a mad person would have made him angry but that’s no excuse for his impolite behaviour. 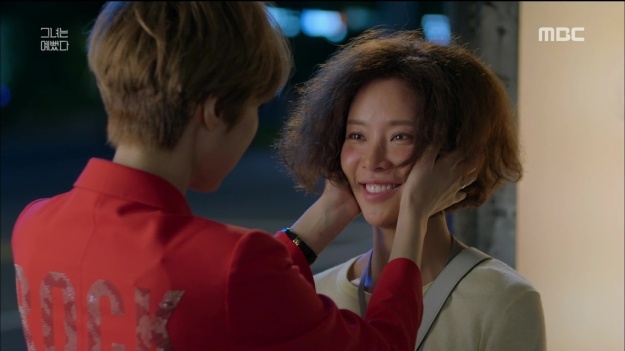 As for Hye Jin — a big sigh. Hwang Jung Eum did what I feared — lots and lots of overacting. She overdid all her emotions and that was pretty annoying to watch. I’m just glad that I’m liking her character and so I’m tolerating everything. I felt bad and cheesed off the way she was acting as a doormat during that shooting scene when she was made to do all sorts of work and that too laced with insults. I was angry at her when she kept on insisting that she wanted to resign just for that one guy. But it was great that at last she decided that he is not the fantasy hero she thought him as and is actually a jerk and that she would stay there in the company. It was fine to see how she eventually realised everything, so not that bad from narrative point of view. I really hope the actress dials down her energy.

I want Sung Joon to fall in love with Hye Jin before knowing that she is the one he fell for in his childhood as that would be more satisfying as compared to him being in love after knowing her real identity. That was pretty fast when he found out Ha Ri in the end but I’m sure she will make some excuse as how can they reveal everything so fast when that’s the main point of the plot.

After 2 episodes, I can say that I’m really liking She Was Pretty and where it’s going. Now that the leads are at loggerheads, it will be more interesting to see them fall in love — after all, that’s what most of the shows in dramaland history were made of and we all love. And one request — please show more Shin Hyuk and Ha Ri, who make each of their scenes so good! 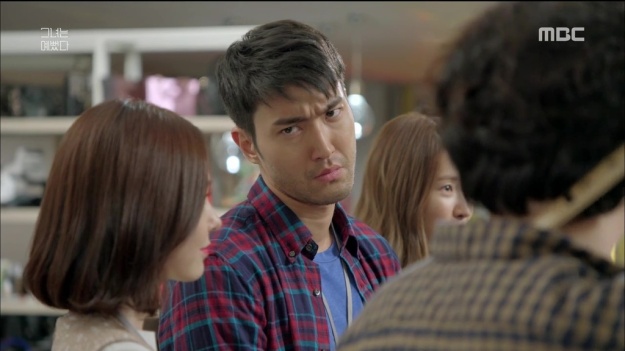 6 thoughts on “She Was Pretty: Episode 2”