Jang Hyuk was last seen in much-lauded OCN thriller Voice in early 2017 and that time I mentioned that it was refreshing to see the actor in a cable drama. Now again we will be seeing him trying something other than the weekday mini-series. He is headlining a weekend drama titled Money Flower. The show is about wealthy folks END_OF_DOCUMENT_TOKEN_TO_BE_REPLACED

The upcoming tvN drama Flower Grandpa Investigation Unit looks cute as a button from its posters and other promotional material. The show is a comedy about four friends — played by Choi Jin Hyuk (Emergency Couple), Park Min Woo (Scandal), Park Doo Shik (he played the hilarious role of Lee Jong Suk‘s classmate in I Hear Your Voice) and Heechul (of Kpop group Super Junior) — they are also cops. One day, except Heechul, END_OF_DOCUMENT_TOKEN_TO_BE_REPLACED 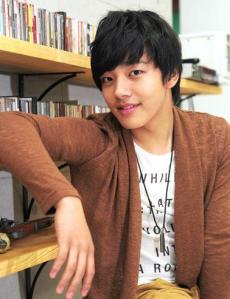 High Kick has been a successful heartwarming franchise of sitcoms with three seasons being aired through the years from 2006 to 2012 and now the PD for the much loved show is bringing a brand new sitcom with a very interesting title Potato-Shaped Sweet Potato Star 2013QR3. END_OF_DOCUMENT_TOKEN_TO_BE_REPLACED