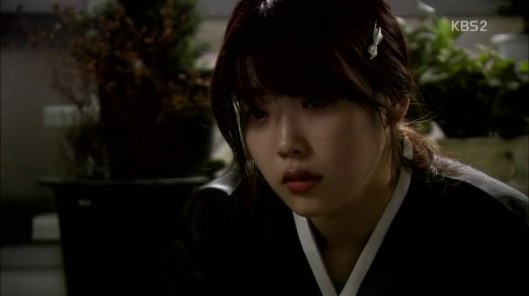 Soon Shin’s dad gets hit by the car in the process of saving Mi Ryung. She is shocked, but at the same time her secretary Hwang Il Do comes there and takes her away. The car driver also runs away. Soon Shin’s mom gets a call about the accident.

Everybody reaches hospital but doctor tells them that Soon Shin’s dad passed away. They also come to know that he was on his way to meet Soon Shin. 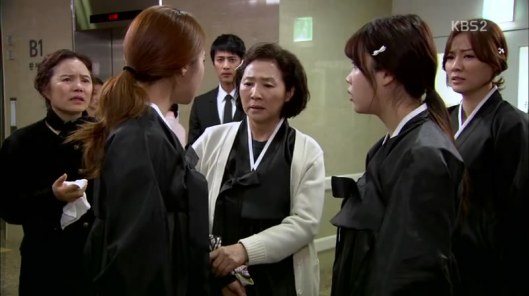 Manager Hwang tells the news of dad’s death to Mi Ryung and tells her that it’s a blessing in disguise as he was the one who spread rumors about her. She tells him to stop it.

During Soon Shin’s dad’s funeral, grandmother faints and gets sick. Everybody takes her to hospital. Young Hoon wonders why Soon Shin didn’t turn up for work. Joon Ho comes there and asks about her. He tells Young Hoon that he will train her. He takes her number. He calls her but she doesn’t answer her phone.

At hospital, Chan Woo’s dad wonders what dad was doing there at that time. This creates further annoyance in Yoo Shin who tells Soon Shin that dad passed away because of her. (I seriously want to slap Yoo Shin.) She even scolds Chan Woo when he tries to help, who consoles her. 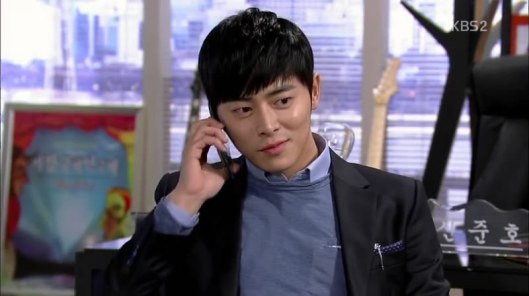 Joon Ho’s mom goes to airport with his dad as he is going abroad for some days. We are introduced to Joon Ho’s younger sister Yi Jung (Bae Geu Rin), who dropped out of school in abroad and came here suddenly to become an actress. She goes straight to his office, but he discards her. At home, Joon Ho and mom tell her that dad will be extremely angry at her for coming home but she says that she will remain there till he returns. But mom wants Yi-jung to be an actor and so asks Mi-ryung to help her, but latter is already in a shock and chides her that does she know how much she lost in order to become an actress. It will be unfair if her daughter became one so easily.

Hye Shin asks her husband to come for the funeral but he refuses. Finally, he agrees to call her mom and tells her that due to work he won’t be able to come. 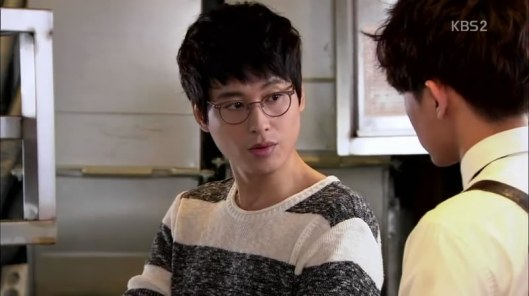 Yun Ah comes to know that Mi-ryung is sick. She goes to Young-hoon’s restaurant to pack something for her. He tells her to stop tormenting Joon-ho. She acts innocent. She also tells him about her condition to show his ability. At Mi-ryung’s home, she acts caring and so Mi-ryung tells her that she has no one accept her.

Joon-ho reaches Soon-shin’s house in search of her, where he meets manager Hwang (who also came there to find something.) The latter makes some excuse and leaves. On ringing the bell, no one answers.

Young Hoon tells Joon-ho that he should not use Soon-shin to impress Yun-ah. Joon-ho says that it’s Soon-shin’s luck that despite not having any abilities, he is training her.

Police gives dad’s belongings to Hye SHin and tells her that CCTV cameras of that area were damaged and no eye witness turned up. She switches on his cell phone. The bakery owner Seo Jin Wook calls and tells to take her cake away but she tells him to talk later.

At home, everyone finds out about Soon-shin being conned, even grandma, who then tells her to go out of the house.

A few days later, Soon-shin goes to work, where Young Hoon asks if somthing happened  but she doesn’t get the chance to say anything. Joon-ho also comes there and tells her that he is Shin Joon-ho, gives his card and asks if she wants to become an actress. Soon-shin starts crying.