So after my previous list about the dramas that are starting in April, here is part 2 that includes rest of the shows. Without much ado, let’s start:

I Summon You, Gold!

About: Han Ji Hye stars in a double role: one is a hard working, sweet girl who wants to become a jewelry designer and the other one is a rich daughter-in-law, who gets married to Yeon Jung Hoon, but they get divorced. He has lost hope in love when he meets the other girl, resembling his wife. Also in the picture are Lee Tae Sung (as our hero’s younger brother) and Lee Soo Kyung (as his wife and a successful jewelry designer.)

My Thoughts: Well, I have mixed feelings for this one as I like the cast but not as much that I’m willing to watch this show and it’s a weekend one so will probably have loads of episodes. But I can surely give this a try if the reviews are favorable.

About: Another weekend drama. A successful single mother who gets diagnosed from early stages of Alzheimer’s and so she decides to make her children capable enough to face the challenges of life before she forgets everything.

My Thoughts: The drama looks heartwarming and cute. Basically, the typical weekend-family drama.

About: A hardworking and cheerful woman who becomes amnesiac and forgets her years between 17 and 27, also her husband and daughter. She then begins to collect pieces of her memory to regain it. She also has a birth secret.

My Thoughts: The drama is full of clichés, right from the title to the synopsis. And sounds kind of boring. But you never know!

About: The second season of the crime investigation drama Special Affairs Team TEN, that is about a team that deals with cases which have less than 10 percent of success chance.

My Thoughts: I love mystery-suspense shows but as I haven’t got the chance to see the first season yet, I’m not too excited about this one.

About: A romance melodrama about a woman who meets the love of her life at the most desperate point of her life.

My Thoughts: First thing first: it has got 100 or so episodes and so totally not under my radar of drama watching. Also, the plot sounds uninteresting. 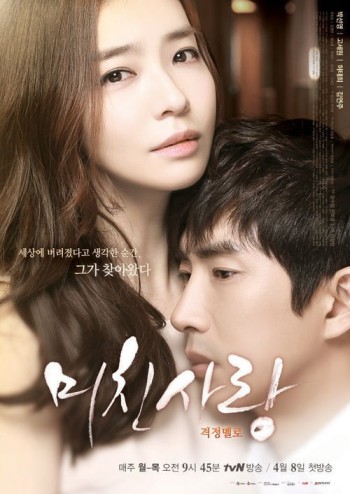