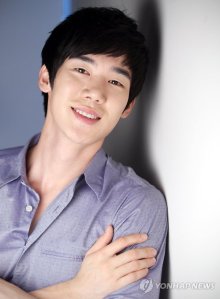 Answer Me 1997 was one of the best dramas of 2012. It is one of the best dramas ever. It is one of my most favorite dramas. I think these are reasons enough to get me very excited about its upcoming follow-up drama Answer Me 1994. It was previously being called Basketballopalooza, but it turns out that they have finally settled for the similar title with an exchange of 1994 from 1997.

Answer Me 1994 will be set in college and that is superb thing as there is a vast scarcity of campus dramas in dramaland. I love the 90s even when I have spent my childhood days in that decade (the primary classes mainly) because they give a different aura altogether. The drama will have three main male leads: Yoo Yeon Seok (last seen in Gu Family Book and he was okay in it), Jung Woo (who is awesome as bread man in currently airing weekend show You’re The Best Lee Soon Shin..I must say he has a great comic timing, so yay) and Kim Sung Kyun (he recently appeared in blockbuster movie Covertly Grandly). These three will play college students who stay at a boarding house run by already confirmed Sung Dong-il and Lee Il-hwa, who played mom and dad in Answer Me 1997 and they were simply brilliant there!! Go Ara (Heading To The Ground) will be their daughter.

I’m all in for this premise and looks like it will have the same natural and simple, warm vibe that its predecessor show had. The drama will throw light on that era’s popular culture and I’ll be able to learn what it was like in South Korea back then. I enjoyed Answer Me 1997 despite complete ignorance regarding all popular references. I did some homework there which made me love it ultimately and relate to it as well.

Answer Me 1994 is up for a September premiere, on tvN obviously.