Little Women is a powerful exploration of human psyche in the face of money, power and desperation. As a gripping and unnerving thriller, the show delivers thrills and emotions in spades.

Don’t expect a lot of similarities with the eponymous classic novel, except the presence of the sisters who grew up in poverty and some similar character shades. Everything else forms an original tale. The three sisters are In Joo (Kim Go Eun), In Kyung (Nam Ji Hyun) and In Hye (Park Ji Hoo) who somehow get involved with a rich family — consisting of aspiring politician Park Jae Sang, his wife Won Sang Ah and daughter Park Hyo Rin.

There is an unmistakable ominous feeling throughout the drama. It’s atmospheric and creepy and I was biting my nails and getting the chills all the time. The show weaves its tale with historical events, adding further intrigue to it. Murder mystery, corruption and decades old secrets fuel the simmering tension.

Little Women is a gripping story that keeps you invested from start to finish. It perfectly delivers an oddly satisfying uneasiness about what’s to come. There are not many calm moments on the show as it briskly moves from one track to another. But I’m happy that the last episode gives room for proper closures to various threads and characters, with not rushing into anything. We genuinely feel that things are finally settled and lives have become calmer.

The way all three sisters try to tackle the situations they are put in — they do it in different ways and it’s gratifying to see what they do with the limited resources and skills they have. I have read criticism on their intelligence or street smartness, but to me, it was never a problem. Not everyone has that and the sisters fight and sometimes win despite the lack of it.

It’s intriguing to see the whole mystery surrounding our characters — with a blue orchid being at its center, which itself is unusual — and how the puzzle pieces fall into place. It’s not so much about who but more about why and how.

The show has humor spread sporadically — not a lot but enough to prevent it from becoming completely dark and depressing. 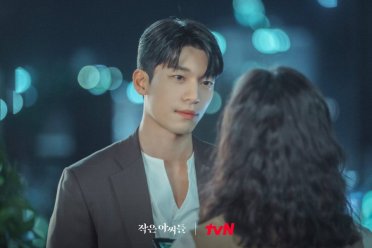 The drama has amazing cinematography that exudes artistic flair. The innovative bird view approach using long shot angles —it adds to the ingeniousness.

The drama has well written and flawed characters and I’ll definitely miss these people (good guys, natch). Another good thing is the drama has only 12 episodes.

Oh In Joo is a simple minded person with an aspiration to have her own house. Being the eldest, she had to struggle and sacrifice a lot and I love how the drama is real in showcasing her greed for money, instead of making her idealistic. Kim Go Eun is terrific as a woman who is too trusting but also blunt and sassy. In Joo’s naivety sometimes did make me go “why??” but overall, she is an endearing character. Given the circumstances, I found her actions believable.

She works as a bookkeeper in a firm and is an outcast, befriended by only one person, enigmatic Jin Hwa Young (played by charismatic Choo Ja Hyun who gives a mature performance). I loved their interactions, which are punctuated with humor, seriousness and warmth.

In Kyung is a journalist who starts investigating Jae Sang. She is extremely righteous, stubborn and determined. Nam Ji Hyun displays her flair yet again.

In Hye is the youngest sister who is not happy to see her sisters giving up their own comfort for her. The love is overwhelming for her and she is definitely the most complex character on the show. It is difficult to read her but her willingness to accept the benefits from the Park family — it’s understandable, given her age and life experiences. She is also very clever and cunning. Park Ji Hoo delivers a pitch perfect performance.

Wi Ha Joon plays Choi Do Il, the man working with In Joo in her quest for truth. He is an enigma, a mystery himself. It’s difficult to understand his true motives but we see his layers being peeled off gradually. I loved how he is always one step ahead, and is instinctive and resourceful. He is easily one of my favourite characters on the show. Wi Ha Joon has a rakish charm and brings smarts and heart to his role.

Kang Hoon plays Ha Jong Ho, a Laurie-like character, who is a long time friend to In Kyung and is in love with her. He is a really sweet person who is completely devoted to her. I loved seeing him work with her, contributing with his inputs.

Uhm Ki Joon is fantastic as Park Jae Sang, the bad guy with complexity. He is formidable and cold, but as we move forward, we are introduced to his past and what makes him what he is — and more surprising shades are revealed.

Uhm Ji Won steals the show as eccentric and unpredictable Won Sang Ah. The character starts as a seemingly demure and supporting wife, but with a suspicion of something sinister brewing under the surface. The actor brings all the colors so perfectly on screen — vulnerability or guile. 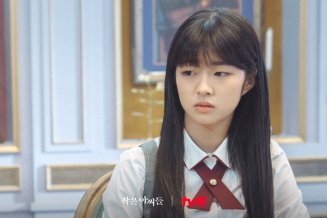 Park Hyo Rin is the girl born with golden spoon — but she showcases the perfect case of how money does not bring happiness. She has suffered the consequences of a dysfunctional family the most. I found her arc really interesting and satisfying as she finds her wings and flies. Jeon Chae Eun amazingly brings out the vulnerability and thoughtfulness of the character.

Park Bo Kyung leaves a strong impression as Go Soo Im. She is a scary character as she has no pity or kindness and the drama gives us chances to cheer whenever we see her losing.

As the three sisters navigate their respective narrative arcs, we experience twists and turns with a hint that everything is connected somehow. All three have different personalities but there are also similarities. It’s interesting to note that the sisters are also a bit selfish with respect to their varying motives and in their determination, they ignore how the other two might suffer by their actions — but they still have a lot of love and care for each other. 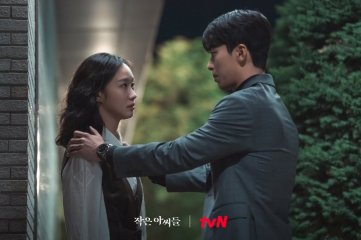 I absolutely loved In Joo and Do Il. They are so different and yet become closer as they try to work against the daunting family. Do Il warms up to her innocence and she is impressed by his brains and care. I loved how it’s never clear if she can truly trust his motives but still follows her heart. The chemistry between Kim Go Eun and Wi Ha Joon is so good and you can’t help but want In Joo and Do Il to kiss already! Lol.

In Kyung and Jong Ho share a relationship that is so pure and as sweet as whispered breeze of evening. Their journey to find out the truth about Park Jae Sang, experiencing the struggles, wins and losses together — it’s simply great.

The friendship between In Hye and Hyo Rin is another of my favourite things on the show. Full of warmth, understanding and shared desire to break through the shackles of their past.

In Joo and In Kyung need a special mention as these two sisters share a closer bond — being closer in age and elder than In Hye. Their moments are steeped in warmth and understanding. I also loved the moments when various characters came together to team up against the villains.

Although the drama starts with realistic elements, it soon becomes clear that it’s more inclined towards fiction and unrealistic, absurd situations. The drama requires suspension of disbelief for many instances. That works in certain situations but sometimes becomes a bit too much. It’s better to just enjoy the ride because it is indeed entertaining and sometimes meaningful.

Another eyeroll fact for me was how the sisters’ parents are written — absolutely selfish beings. A bit unbelievable and there is no solid explanation for the same.

One crucial moment about Hwa Young’s arc is also a little too fantastical. There are also some minute loop holes but they are overshadowed by other stronger ingredients.